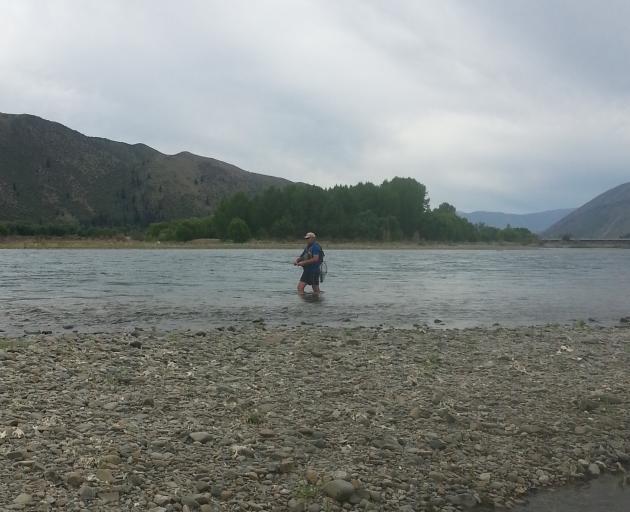 Improving the quality of our water is a hot topic this election. Photo: Southern Rural Life Files
Water and the environment are two of the key talking points for Southern Rural Life readers this coming election. As voting day fast approaches, reporter Nicole Sharp talked to the candidates in the rural electorates of Waitaki and Clutha-Southland about these two issues that will affect rural voters.

Water is crucial to the agricultural sector and all candidates and their parties standing in the Waitaki electorate this upcoming election want to do all they can to preserve water quality now and in the future, they say.

Current Waitaki MP and National candidate Jacqui Dean said National's new policy statement on freshwater, which was announced last month, would pursue a target of 90% of rivers and lakes swimmable by 2040.

''Sure we want farmers to fence stock out of waterways and improve the health of our lakes and rivers by tackling nutrient discharges, but we also expect townies to do their bit. National is also asking urban New Zealand to commit to improving stormwater and wastewater systems to help achieve our freshwater goals.''

National had no intention of taxing water for irrigation and had also invested $400 million in freshwater clean-up projects, she said.

Labour candidate Zelie Allan said too much water was dirty and unhealthy, yet the country's tourism slogan was ''100% Pure''.

There were many reasons for the decline in water quality, which in urban areas included run-off from subdivisions and illegal flow from factories, and in rural areas included farming and, in particular, intensified land use, she said.

There had been attempts at improvement to lessen the effect on waterways but the situation was getting worse, Mrs Allan said.

''So I support the idea of raising money through a royalty to go to regional councils to help in the clean-up using a Ready to Work programme. While it has not been decided how much the royalty for irrigation will be, it is likely to be no more than one or two cents per thousand litres.''

New Zealand First candidate Alexander Familton said the party's policy was water systems should remain as operating, except a royalty should be placed on exported water.

''No taxation is acceptable on water used within New Zealand, as the costs for some farms are potentially huge - up to $80,000. Consequent commodity prices would escalate. The taxation of water, which is owned by all of us, would be a backward, bureaucratic, costly nightmare.''

Greens candidate Pat Wall said both he and the Greens believed bottled water should have a charge, and the Greens had proposed a 10c-a-litre tax (on water exports, not irrigation). The revenue would be distributed to councils and other bodies, to be used for cleaning waterways and to protect the quality of the water.

When it came to taxing irrigation, Mr Green did not think this was a good idea, as the issue was not with the water but with the nutrients carried by water.

''A levy on water would have a far greater negative impact on farmers in dry areas than in wetter areas ... however, the wet areas will still continue to leach nutrients into rivers and groundwater.''

The party was considering its options but agreed there were water quality issues that needed to be addressed.

Democrats for Social Credit candidate Hessel Van Wieren said the water quality issue was not an accidental outcome of growth.

It was predictable when you had successive governments allowing the financial sector to encourage people taking on huge debts, he said.

''This has encouraged massive increases in land intensification. That's where the problem lies and no amount of taxing water will stop this.''

The Opportunities Party (Top) candidate Kevin Neill said he had serious concerns about the purity of water, especially in areas where there had been dairy conversions.

Under the party's policy, catchment areas would be assessed for the level of nitrate and other pollutants that the community and taxpayer would tolerate, he said.

''Businesses will have their pollutant contribution to the catchment measured. Those who are above the sustainable level will pay a penalty and those below will receive payment from the penalty pool. In short, the user pays.''

In regard to setting a price on water, Mr Neill said Top believed markets would work best in fully allocated or over-allocated catchments.