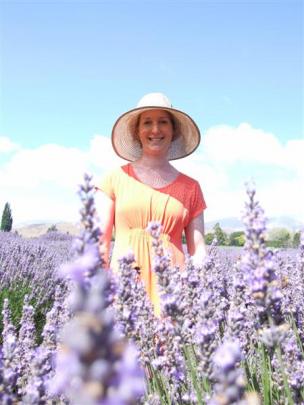 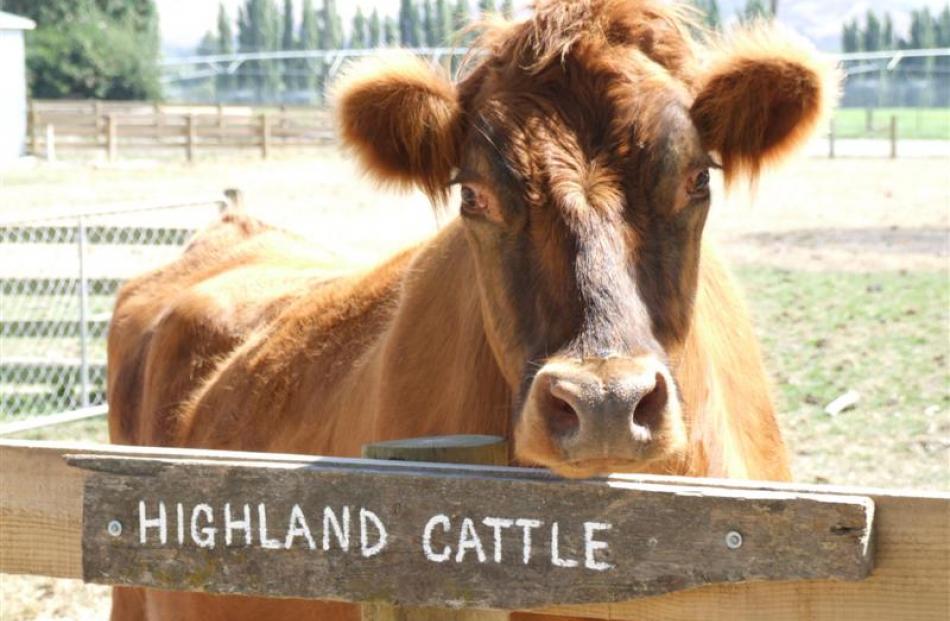 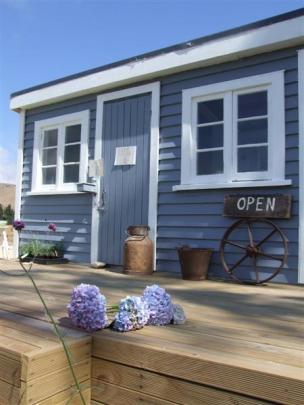 The shop on the property.

Sam Laugesen admits to being an avid animal collector.

Joining the 1400 cows on the Kurow dairy farm on which she lives with partner Luke Campbell and daughters Daisy (4) and Sylvie (3) is her very own farmyard, open to the public, alongside her new small business, Westmere Lavender.

It is home to a variety of chooks, miniature and full sized horses, a sheep, kunekune pigs and Highland cattle, with delightful monikers, such as Handbag the steer.

''I call this my farmlet. All this is mine, the [dairy] cows don't come here,'' she said, as she indicated the paddocks around her lavender patch.

Originally from a farming background in Taranaki, Ms Laugesen spent ''every spare minute'' in her school holidays on dairy farms.

She loved farming and animals and her intention was to study veterinary science. She took a gap year off after finishing school, as she knew university was going to be intense.

But one year led to another and going to university never eventuated, not that it was something she regretted.

She spent five years working in IT in New Plymouth before making the decision, while on holiday, to quit her job when she returned, not knowing what she wanted to do after that.

It was her mother who suggested she head south and help milk cows for her uncle who was on a new dairy conversion at Ashburton.

She took up the suggestion and realised she did not ever want to do anything else. And being a dairy farmer was a little like being a vet, she said.

Moving to Canterbury in 2005 was a ''massive'' move but it was also ''incredibly good for the soul'', she recalled.

After later sharemilking at Dunsandel for seven years, Ms Laugesen and Mr Campbell moved to Kurow in 2013 to farm in partnership with her uncle.

When Ms Laugesen first viewed the property and the adjacent village of Kurow, she knew it was somewhere she wanted to live.

Then she got ''super excited'' when she discovered the farm came with its own lavender patch which had been established in 1999.

While she had always been a passionate gardener, the only thing she knew about lavender was that it looked great in the garden, so it had been quite a learning curve.

Last year's harvest in February yielded almost 17 litres of oil. She was now selling pure essential oil, along with hand cream and soap.

Ms Laugesen was weeding the lavender patch last summer and tourists kept driving in and asking if it was open to the public.

It got her thinking, ''Why not''? ''It's here and it's beautiful so why not share it with everyone?'' she said.

With her penchant for animals, she decided that having a petting zoo would mean a stop had appeal for a wider range of people and it was something appealing for children.

Ms Laugesen has turned what was originally a railway signalman's hut into a cute little shop. The hut, which cost her $100, was previously used to store hay and, prior to that, had been used as a bird aviary.

''I said to Luke, even if no one comes, I've got my little girl cave,'' she laughed.

Westmere Lavender has been open for several weeks and was still ''a work in progress''. She has added a small lavender maze and intended planting more lavender.

The shop was open from Saturday to Tuesday but, whenever she was working there, she opened the doors.

Last year, Ms Laugesen self published a children's book Stuck In Poo What To Do?, the first in the Luke the Pook adventure book series.

She was already working on the second Luke the Pook book, which tells the story of a pukeko who found a pair of Red Band gumboots and had adventures as a result.

The first book sold 1000 copies in seven days before Christmas and it had nearly sold another 1000. Her target market was rural New Zealand families.

As if she was not busy enough, Ms Laugesen reared calves on the farm and helped with other farming duties where possible.

They were fortunate the farm included hill country on which to graze their cattle, and the property was like a ''big massive playground'' for the children, with its hills and streams, she said.

She was very grateful for the support of her partner and said she enjoyed living in a supportive, small community.