Winning vet ever on the go 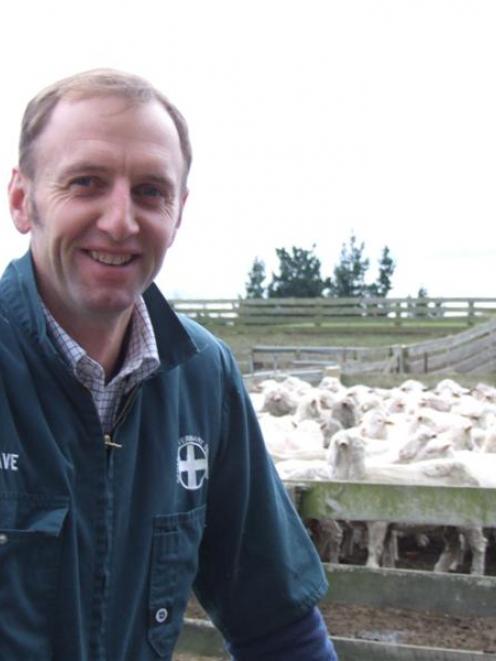 The award celebrates success in the profession and is awarded for a ''significant'' veterinary contribution to the sheep and beef industry in the past 18 months.

Branch president Anthony Oswald said Mr Robertson's determination and commitment had seen him contributing to research, education and support services for both vets and farmers.

Mr Robertson was taken by surprise at the branch's recent conference in Queenstown, as he did not realise he had been nominated.

It was a privilege to receive it and be recognised by his peers and it also gave encouragement to carry on what he was doing, he said.

He always had lots of ideas and projects. His nominator, Ryan Luckman, from the Veterinary Centre Waimate, said a ''single minded determination and huge passion'' had seen Mr Robertson carve an almost full time sheep and beef role in a region dominated by dairy.

''His passion and enthusiasm for the subject are only outweighed by his inability to accept there are only 24 hours in a day,'' Mr Luckman said.

He was also a strong advocate for the industry and a ''brilliant'' mentor to younger vets in the practice.

Mr Robertson said his focus was just being a ''decent sheep and beef vet'', providing good advice and service to clients.

''When I find something interesting, I follow my nose and see where it leads.''

A big part of his life over the past several years had been trialling different drugs to treat foot rot. He has funding from Beef and Lamb Genetics to do a a ram wastage study, surveying farmers about ram health and husbandry.

He has been working on a beef cattle fertility project, which has taken him from Mount Linton Station in Southland to Masterton, scanning ovaries on beef cattle, looking at relationships between conception rates and the antral follicle count on the ovary.

He set up a sheep production and benchmarking group, and over the past year has continued a series of winter roadshows on various topics. This year, he also ran some drought barbecues in badly affected areas.

Mr Luckman said Mr Robertson pushed the boundaries as a clinical vet, offering services such as embryo transfer and artificial insemination, using skills he had perfected on his own stud flock.

Mr Robertson had been doing some embryo work on his Southdown sheep in his garage this year, quipping that ''every bloke needs a garage project''.

He hoped the award might encourage some younger vets or vet students to see the ''really exciting'' career opportunities in being a sheep and beef vet.

He was grateful he had a great team of colleagues to work with at the Veterinary Centre, and also clients, which enabled him to follow his interests.