Young farmers there to support others 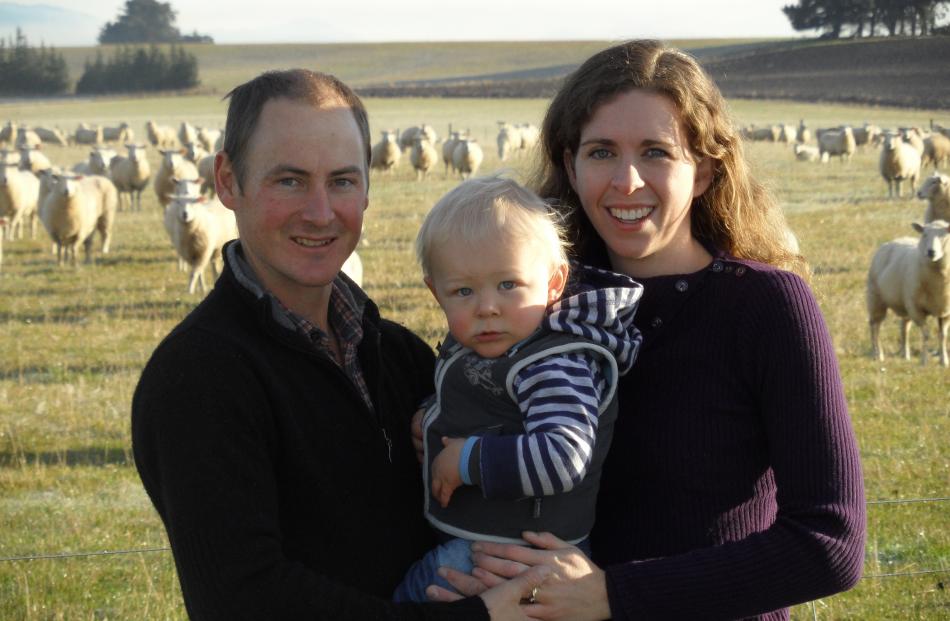 Waimea Valley farmers Andrew and Katherine Welsh are never ones to shy away from a challenge, especially when it comes to farming.

Moving to the Waimea Valley, near Mandeville, six years ago, the pair joined Balfour Young Farmers.

Mr Welsh had previously spent 11 years with the Thornbury club. But what they arrived to took them by surprise.

The Balfour club was nearly closed and had about five members.

It was in recession, and the task for the Welshes was simple: to get the club up and running again.

Mr Welsh's dedication and involvement in getting the Balfour club up and running and his service to the Thornbury club had seen him recently nominated for the Service to Young Farmers award.

Mr Welsh was nominated for the excellent service and devotion both he and Mrs Welsh had shown to young farmers and the enthusiasm they had created in other members.

Since they became part of the club six years ago, membership has grown to 15.

Although he did not win the award, Mr Welsh was recognised by the Otago Southland Young Farmers region as the unsung hero who went the extra mile whenever needed and was always there to support and encourage other members.

Since becoming a member of the Balfour club, Mr Welsh has helped organise what is now an annual bunny shoot that the club uses as a way of pest control. Points are awarded to participants for each animal they bring in.

Mr Welsh said points were also awarded for deer, magpies, hares and any other type of pest brought in dead.

The club has also been a part of inter-club competition held between Wyndham, Balfour and Waitane.

Over the years, Mr Welsh has held many roles within Young Farmers, including as chairman of both Balfour and Thornbury Young Farmers and organising district and regional competitions.

When not organising an event, Mr Welsh has competed in many competitions himself.

''It is a great area up here with good families and people.

''It's the people in the club that keep you involved,'' Mr Welsh said.

His involvement with New Zealand Young Farmers had also given Mr Welsh the opportunity to go on an exchange to Canada.

''It was like a big holiday. We got billeted out and every week we moved around.

''I did whatever the family I was staying with was doing, including on the first week there I went to a wedding,'' he said.

Now, as Mr Welsh takes a step back from the club and lets the next group of young farmers move through the club, he says he and his wife have made friends for life as part of Young Farmers.

He encourages people who are new to an area to become involved in Young Farmers as a way of meeting people.