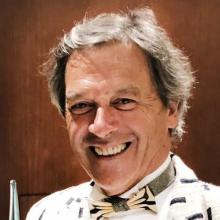 Ian Taylor
Otago companies swept home in the American Chamber of Commerce awards given out last night — rewarding businesses that had best adapted and flourished in a Covid-19 environment.

The awards, which were introduced more than 20 years ago, recognise companies that have had success in innovation and trading relationships in the United States.

The chamber decided against having categories for the awards this year and chose six winners, including Dunedin’s Animation Research as well as Queenstown’s GFS Risk and Magic Memories Innovation Ltd.

American Chamber of Commerce executive director Mike Hearn said there had been a record number of entries, and the winners were a mix of some succeeding with business as usual, while others had to overhaul what they did.

He said Magic Memories stood out for the change the company — which helps major attractions and venues such as London Zoo and Melbourne Sea Life with photography — had to go through.

"They were a massive business ... their business got absolutely smashed overnight.

"I think they went from 2000 staff down to 15 staff, huge multimillion-dollar turnover down to nothing overnight. Nothing was open."

They refocused the business and developed a product for parks and attractions reopening better value for the ticket purchase price.

"They had to repivot the business and they’ve done incredibly well with it."

Ian Taylor’s Animation Research impressed Mr Hearn because of its ability to carry out its business when travel was suddenly not an option.

"Two weeks before a major golf tournament in the USA, nobody’s able to go there, they’ve had to completely re-set up the business to do it virtually.

"That’s new technology they’ve had to discover and then work it."

Mr Taylor said doing the animation for major golf tournaments in the US out of Dunedin was unheard of before this year.

"Next week I think we’re doing the Masters and we’ll be doing that remotely from Dunedin as well. We’re now in discussion on the cricket, rugby, all sorts of things."

He said they were now renovating their Dowling St premises to have two new remote studio rooms "because that’s where we think the future is going to be".

Animation Research has also picked up a deal with the NFL — the US’ National (American) Football League.

Julian Grimmond’s GFS Risk, based in Queenstown, picked up one of the awards for its ability to ramp up business when the film solutions arm of the company was badly affected by Covid-19, Mr Hearn said.

"Instead of closing down, they kept all their staff, moved into the risk business and started cranking that side of it up.

"That business has taken off as production studios and companies come back online around the world. They’ve been able to add Covid into their insurance packages et cetera. So they’ve done incredibly well."

The winners were presented with their awards at a function in Auckland last night.