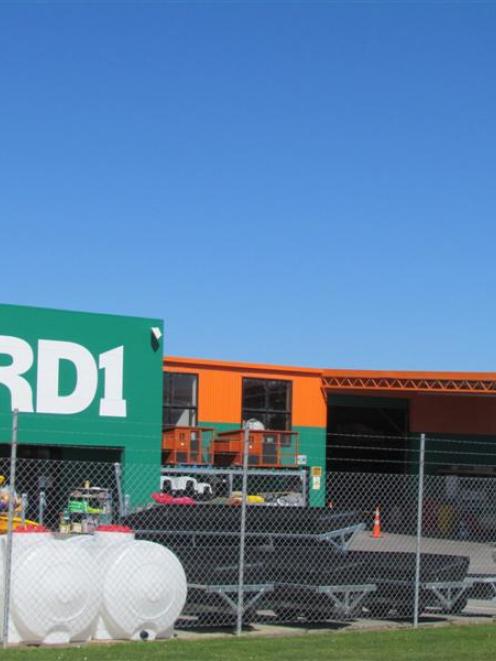 Fonterra's RD1 stores, including Oamaru (pictured), will be converted to Farm Source hubs. Photo by Sally Rae.
Fonterra is looking at the merits of establishing an equity partners fund that would source equity from investors for New Zealand and Australian farmers.

The fund would invest at the farm level to support farmers to grow production and manage volatility, while meeting environmental and other requirements.

However, it would only proceed if it met those objectives and enabled farmers to retain control of their futures, the co-operative said.

Its existing 67 RD1 stores, including Balclutha and Oamaru, along with four more in development, would be converted to Farm Source ''hubs''.

Each hub would feature facilities that farmers and the local community could use, including meetings and a ''drop in'' space.

Speaking at the Farm Source launch in Methven, Fonterra chairman John Wilson said its seed was discussions with farmers and the ''together as one'' principle behind co-operatives.

''We have been talking to our farmers a lot about what we can do to further support them and their businesses.

''We challenged ourselves to come up with ways we could get in behind them as only a co-operative of our strength can do,'' he said.

Chief executive Theo Spierings said Farm Source was about working together to grow and succeed together and to reach Fonterra's ambition of global relevance.

While Farm Source started in New Zealand, the co-operative would also look to adopt it in other markets where it was growing its milk pools, tailoring it for those local markets.