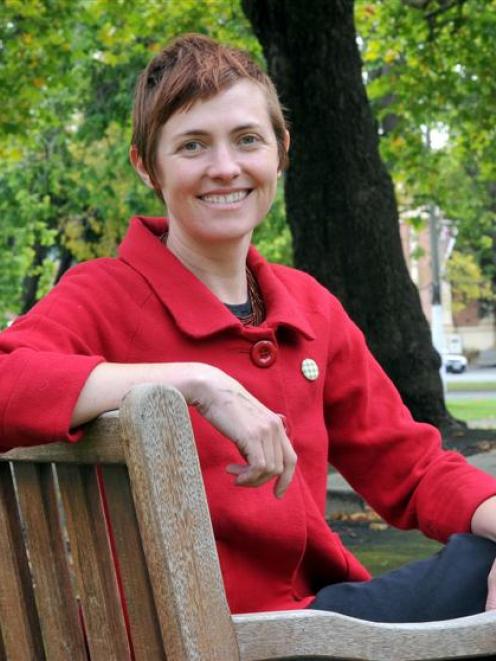 The Dunedin-based business uses an IRD subsidy to provide small businesses and charities throughout New Zealand with a free payroll service.

Up to $5 per client pay run was also put into a charitable trust which, from next month, would distribute funds to community organisations.

She was looking forward to the first funding round, in which organisations in Port Chalmers would receive grants of between $100 and $1000.

Thankyou Payroll was founded four years ago by Hugh Davidson, who identified a gap in the market for such a service.

Initially, it was run from a Port Chalmers garage but it has since moved into premises in the historic warehouse precinct in Stafford St.

It has grown to about 400 clients throughout the country and has processed about $46 million of pay since it started. A potential 180,000 clients had been identified and it was hoped to grow the business rapidly, Ms Evans, who joined the company last year, said.

Thankyou Payroll is among the 10 finalists in Webstock's BNZ Startup Alley. All finalists will pitch their ideas to a panel of judges in Wellington this week.

Two finalists will each win $10,000 and a trip to Silicon Valley, San Francisco, to meet top international names in the web industry.

While admitting she was a little nervous, Ms Evans was excited about the opportunity to tell people what the business did. Even if they did not win, it was still great publicity, she said.

With a team of three, the business was small and relatively new but it had a very solid business model. Interns from the University of Otago were a welcome addition over the summer.

Both the tech sector and also social entrepreneurship were growing in Dunedin. A lot of people wanted their work to be based on values, she said.

The ''conversation'' around social entrepreneurship was not as mature in New Zealand as in some other countries and a lot could be learnt from the likes of the United States and Scotland.

Thankyou Payroll had already garnered great publicity - ''people love the concept'' - although some took quite a bit of convincing they did not have to pay for the service.

''People are quite resistant to generosity,'' she said.

The company aimed to have 10% of the New Zealand market by the end of 2015 and there was a possibility of exploring international expansion. Staff numbers would also increase in the future.

Originally from Brisbane, Ms Evans has been living in Otago for the past eight years and loved the lifestyle the region afforded - which included sometimes paddling a kayak to work.

''I came here to make a rock climbing documentary ... I've tried to leave a few times but keep coming back,'' she said, laughing.

The city had a very well-connected community and there was a very supportive business community. Overheads were also a lot cheaper than in larger cities, she said.