Veggie Boys has moved its South Dunedin store down the road.

The company will open at its new location at 16 Prince Albert Rd, about 500m from its old shop next Wednesday.

The move is being completed this weekend.

"There’s going to be some long hours put in to get it finished but ... it’s coming together."

The store hours would not change. 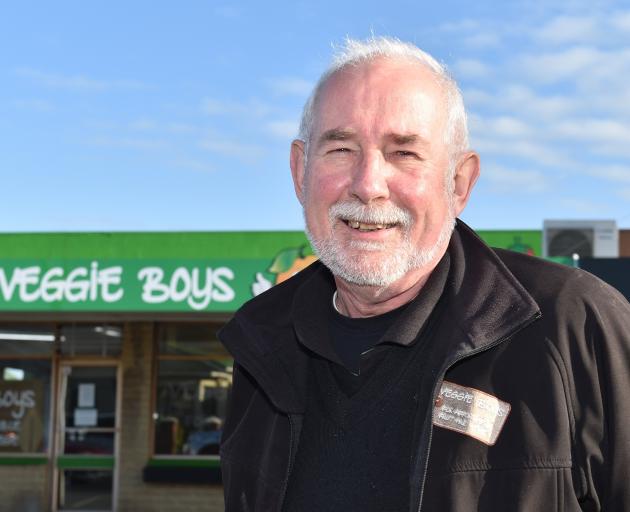 Marty Hay outside his new Veggie Boys shop in Prince Albert Rd that opens next week. PHOTO: GREGOR RICHARDSON
However, parking was going to be more restricted than at the previous site.

"We just have to accept that. There’s not much property around at the moment."

The company worked through the lockdown and is continuing its online orders.

There would be a sign on the old site informing customers where the new shop was.

"Most people find us.

"It usually takes them a week or two ... they ferret us out one way or another and things go back to normal."

The building at Veggie Boys’ previous site in Macandrew Rd was bought by the Dunedin City Council in March, and it is set to be turned into a community hub and library.

Veggie Boys had a long-term lease on the building but agreed to leave by June.

After the negotiations, Mr Hay was concerned he would have to close his South Dunedin store if he could not find a new site.

It was not possible to discuss the terms of the agreement with the council but Mr Hay said he would leave with the "shirt on his back" which had not always been a certainty.