Going for gold and loving it

Oceana Gold employees gather with the gold bar containing the five-millionth ounce of gold, which was poured at Macraes on Thursday. PHOTO: CRAIG BAXTER
On Thursday, Oceana Gold’s Macraes site produced its five-millionth ounce of gold. The milestone was celebrated very much as a team effort. Business reporter
Sally Rae meets some of that team, including members of the Women in Mining committee.

It sounds like the beginning of a joke - what do fashion design and the mining industry have in common?

The answer is probably very little but if you combine those two diverse industries, then you come up with Andrea Wadsworth.

The bubbly Dunedin woman traded a 20-year career in fashion for a job at Oceana Gold's Macraes gold mine, where she is now a senior field technician.

"I'd have steelies [steep-capped boots] over heels any day," an overall-clad Ms Wadsworth said, laughing.

The contrast, she acknowledged, was huge and she always enjoyed the look on people's faces when she told them her back story - which also included kick-boxing.

During those two decades in fashion, she worked for noted designers such as Tanya Carlson, Nicholas Blanchet and Margarita Robertson.

She attained a diploma in fashion, had her own business several times and was involved with Dunedin's iD Fashion show, Australian Fashion Week and New Zealand Fashion Week.

And then there were the weddings; working at Macraes was less stressful than dealing with dressing brides, their mothers and their bridesmaids.

But she had probably got as far as she was going to go in the industry in New Zealand, although the shift to mining was initially more about location than a career change, Ms Wadsworth said.

At the time, she had tired of city living and her daughter was quite young. Moving to a property between Palmerston and Dunback, she worked at a rest-home in Palmerston before joining the Macraes team in 2010.

Her first job was cleaning toilets at the mine to "get a foot in the door" and that eventually led to a position as a technician, before she moved into a leadership position.

Now she had 12 people reporting to her in a team which was a 24/7 operation and which did not "park up for weather" but continued even if it was raining or knee-deep in snow.

There was "something in mining for everybody", ranging from roles for lawyers based in Dunedin to those at the face. People could come in from a more corporate level - or from cleaning, she said. 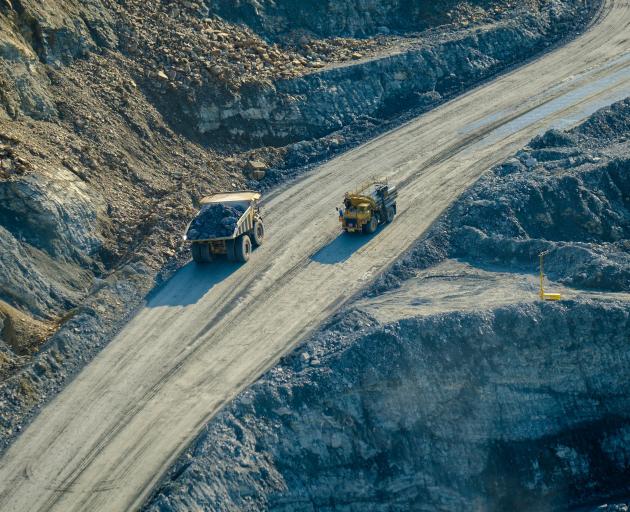 Oceana Gold’s Macraes gold mine will mark its 30th anniversary next year. PHOTO: OCEANA GOLD
She realised she had chosen to work in a male-dominated environment, but being a woman was not an issue, and she had never felt unsafe, Ms Wadsworth said.

A culture survey asked male employees how they would feel if their partner wanted to work there; 99% were "sweet" - they just said "not on the same crew", she said, laughing.

Previously administration manager at a winery in the Waitaki Valley, Ms Keith-Wade said she had not realised there was a gold mine at Macraes.

She had worked in a variety of different industries but preferred industrial-type environments, so Oceana Gold ticked that box, she said.

She spent time with managers and supervisors getting to know the business and gaining knowledge and understanding of the various departments.

Being able to contribute, whether it was helping develop people leaders or advising on employment relations, all helped to make the business successful. And to be across all facets of the HR space was very stimulating, she said.

HR co-ordinator Steph Sharp said of the 574 staff, about 14% of the people on site were women. That was higher than the industry average.

Miss Sharp, who grew up in Dunedin and comes from a marketing and communications background, said it was her first experience in mining - and it was "awesome".

Even if it was a "tough slog", particularly in winter, catching the work bus at 5.30am, it was the people who made the job.

And there were experiences you would not get elsewhere and exposure to lots of different things.

Mining was also a massive and fascinating industry - "you can never know enough, really", she said.

Processing specialist Shane Bungard is one of the long-serving Macraes staff, having worked at the site for 21 years.

Originally a cake baker and pastry chef, he came to the mine as an entry level plant operator - "cleaning up, really". 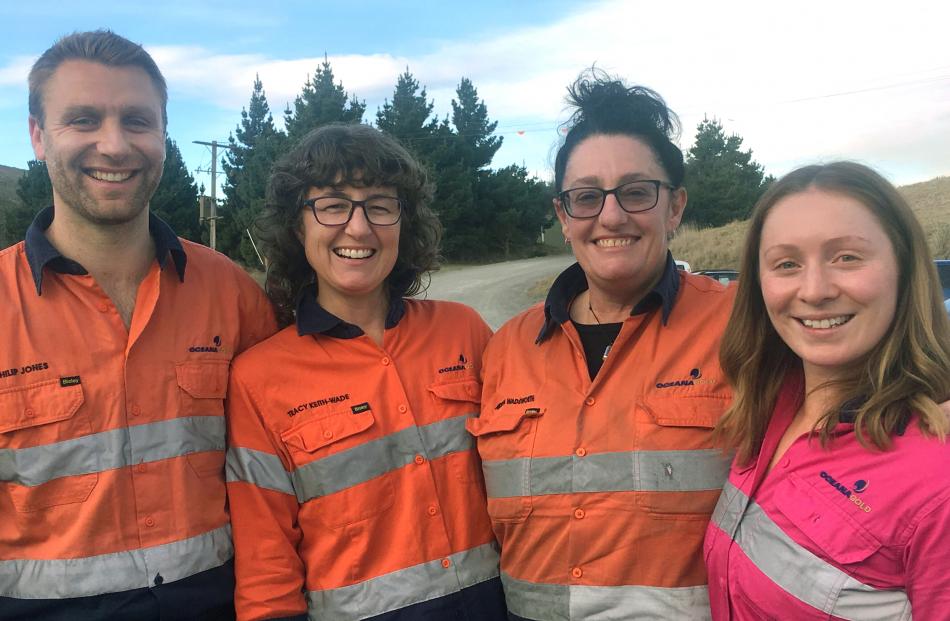 Macraes mine staff (from left) Philip Jones, Tracy Keith-Wade, Andrea Wadsworth and Steph Sharp. PHOTO: SALLY RAE
He came with a five-year plan but continued to work for the company, which had been good to work for and had provided him opportunities, he said.

He recently returned from Oceana Gold's Haile gold mine in South Carolina - last year he spent six months working there on and off - and he had also been to the Philippines.

It was a complex processing plant and employees could work their way through the levels; it offered not only opportunity and the ability to build a career path, but also a good lifestyle.

For the East Otago area, the impact of the mine economically and socially had been "massive" - "no doubt about it", he said.

Exploration and geology manager Philip Jones said occasions such as the five-millionth ounce pour were a reason to celebrate everyone's contribution to the process.

The next step could not be done until the previous step was taken and management had a particular focus at the moment to understand where the "bit they do" fitted into the bigger picture.

There was also a real push to demonstrate there were lots of opportunities at the mine and "pretty much anyone can do it".

There was a desire to encourage more women into the industry; if there was a larger pool of female employees, then more could move into more senior roles and a better balance could be achieved across the operation.

Originally from a Strath Taieri farming background, Mr Jones has worked around the world and has been with Oceana Gold since 2010.

Like his colleagues, he stressed it was all about the people and one of his focuses was on personal development.

Often Macraes was seen as a stepping stone to something else and that was a big challenge. There was a lot to offer at the site.

The mine had probably been plagued with a short-term focus for a while "but we're pushing a bit more to make that a longer-term focus" and that was also in terms of how it developed people.

His interest was not in the people who thought they were "superstars", but those who were willing to "give it a go".