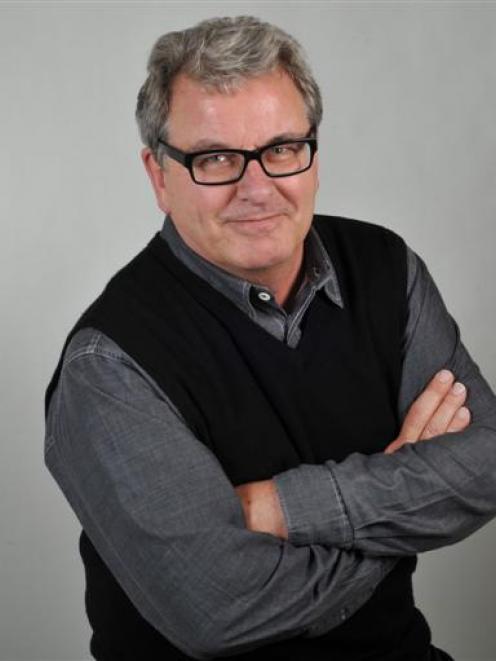 Bill Newson
Proposed changes to employment law are just an excuse to drive down wages and give some employers a mandate to behave badly, Engineering, Printing and Manufacturing Union secretary Bill Newson tells business editor Dene Mackenzie during a visit to Dunedin this week.

New Zealand workers and their employers are about to waste time, energy and money debating issues that will divert attention away from job creation and support for manufacturers, Engineering, Printing and Manufacturing Union secretary Bill Newson says.

Instead of focusing on unneeded and unwelcome changes being introduced through the Employment Relations Amendment Bill, the Government, employers and workers should be looking at the important issue of redundancies and the need for a jobs strategy.

During a visit to Dunedin, Mr Newson was briefing union delegates on the employment changes introduced on April 26 by Labour Minister Simon Bridges.

Working people needed a living wage that was balanced against the cost of living. The main issues to be debated should be around a strategy to support manufacturing employers and employment law to complement that strategy, Mr Newson said.

Even the Government's recently announced procurement policy did not give preference to New Zealand's suppliers of goods and services. There were two parts of the legislation Mr Newson said were deliberately designed to reduce pay - the requirement of parties to conclude a collective agreement and allowing employers to opt out of multi-employer bargaining, commonly known as Mecas (multi-employment collective agreements).

The removal of the need to conclude good faith bargaining was the most significant change, he said. It allowed employers to walk away from collective bargaining.

''There will be details in law around this but these sorts of things tend to send a signal to employers. It's a mandate for bad employers to behave badly and walk away.''

It was up to the union to force those employers back to the table and when asked how he envisaged that happening, Mr Newson said ''the good old-fashioned traditional methods'' of hurting productivity enough to make employers sit up and take notice.

''This is not a recipe for industrial harmony. At a time when employers need government-led support, what we are getting is ideological `whack a union' legislation. This is not what employers are calling for. But that's the political dance we are having.''

Negotiating a multi-employer agreement was less expensive because a representative group of employers and unions talked rather than a full team of union representatives negotiating at each workplace.

The fewer employers in a multi-employment agreement, the higher the cost for those remaining, he said.

''We know why the Government is doing this - they are doing this to cut pay. We will react.''

The EPMU was mobilising now to fight the changes. Mr Newson planned to hold meetings with delegates throughout the country and the union would be involved in the select committee process, debating the proposed changes.

''We should be spending our energy on something constructive but we will be there arguing it out.''

The EPMU would also approach employers to explain its opposition, he said.

Union members would also be encouraged to attend off-site stop-work meetings to hear about the changes and the union's campaign.

However, Mr Newson was realistic in feeling the union would not change the mind of the Government in introducing the changes.

Changing the employment laws in favour of employers was a deep-seated National Party goal.

''When the going gets tough, you can always try a bit of union bashing,'' he said.

At a glance
Extending the right to request flexible work arrangements to all employees. Good faith bargaining no longer requires a collective agreement to be concluded. Repealing the 30-day rule for new employees who are not union members. Employers may opt out of bargaining for a multi-employer collective agreement. Partial pay reductions for partial strikes.