The hair and now: freedom in a wig 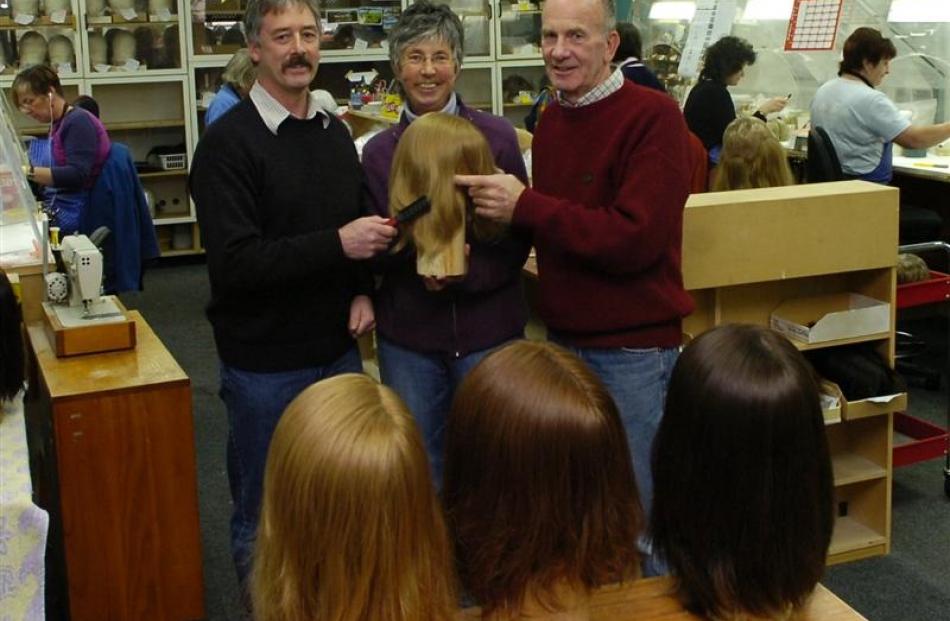 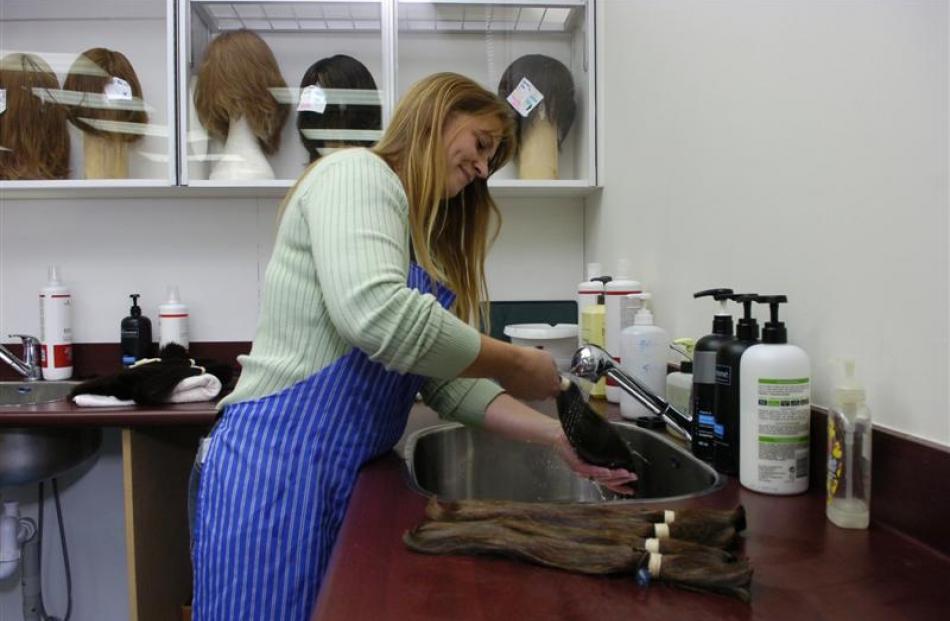 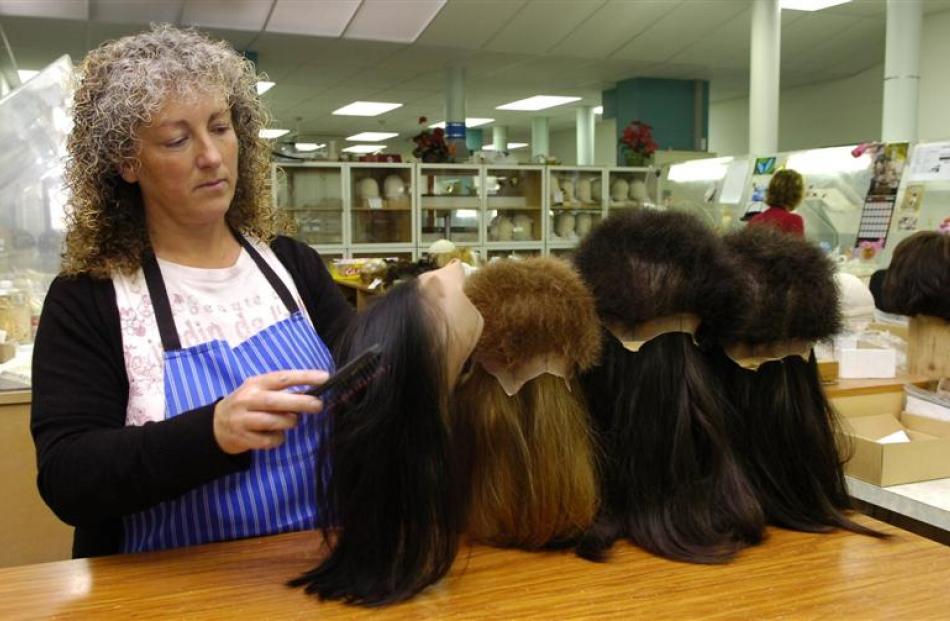 Mrs Barrington and her husband Murray have built up a business around a niche market, supplying prosthetic hairpieces worldwide to customers with the medical condition alopecia.

The advent of hair extensions has increased the price of the hair they source, as they compete in the same market, and it was becoming increasingly difficult to find good human hair.

Freedom Wigs Ltd, which operates from premises in Vogel St, Dunedin, and employs about 38 staff, has grown from humble beginnings.

It began in 1977, when Mr Barrington made men's toupees in a spare room at home.

Each hairpiece is tailored for the wearer. A soft, permeable silicone cap is fitted to a plaster mould of the wearer's head and the exact fit creates a suction effect, able to withstand everything from a roller-coaster ride to water skiing.

Untreated human hair, which they source from around the world, is implanted into the silicone. Each wig uses between about five and 10 ponytails.

There were some local donations of hair, particularly through events like Shave for a Cure, and the company made a donation to the charity of the donor's choice.

General manager Steve Conley said Mr and Mrs Barrington had established a business which had turned out to be a responsibility. Clients relied on them.

"If we shut down tomorrow, for many of our clients around the world, there's nowhere else to go. Our product is the only one that works for them."

In the words of their customers, taking possession of a wig was often life-changing.

"It enables them to have the confidence to really live their lives as everyday people," he said.

It was a very emotional job and empathy was needed.

"You've got to get it right. It's got to be right. This is their being. It's not a fashion thing, they just want to be them again," Mrs Barrington said.

She had first-hand experience of wearing one of the company's wigs when her own hair fell out following chemotherapy treatment for cancer.

She initially wore a synthetic wig which "didn't look right, didn't feel right", but once she got her own Freedom wig, she could "look in the mirror and just see me again".

In fact, Mrs Barrington said her wig was nicer than her own hair and that was not an uncommon comment among customers. She wore the wig for six months.

The company focused only on alopecia and did not make wigs for cancer sufferers, or it would be "overwhelmed".

It produced about 1400 wigs a year and growth was constrained by the 16,000 ponytails needed annually.

"These things are almost like a work of art," he said.

Their staff were skilled workers and took pride in their work.

"Warm fuzzies" from customers were circulated to them.

High-profile model Anna Fitzpatrick is among the company's customers and has been wearing Freedom wigs since she was 7.