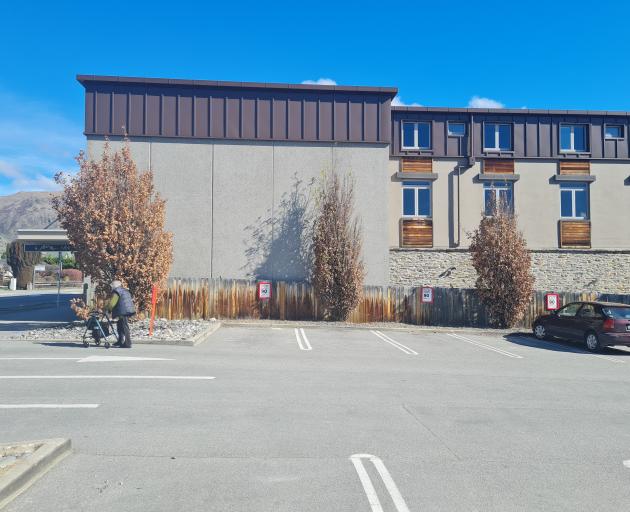 Wanaka's empty Base Backpackers building in Brownston St is for sale. PHOTO: MARJORIE COOK
The Covid-19 restrictions may have put the kibosh on viewing Wanaka’s prime commercial property offerings for now, but agents expect investors’ interest to return.

Colliers Queenstown agents Barry Robertson and Steve McIsaac recently listed the empty Base Backpacker building in Wanaka’s town centre and have had to put viewings on hold.

Also postponed is an auction of a 2897sq m Ballantyne Rd site neighbouring the Three Parks development, which had attracted about 50 registrations.

The agents said people who had moved to the region recently and bought houses to live in were also keen to invest in commercial property.

Before the Covid-19 restrictions were imposed in August, Mr Robertson had been planning to show at least five parties through the three-level Base Backpackers at 73 Brownston St.

The 49-room, 240-bed building includes the former Mint Bar. It closed at the end of January following a dive in visitor numbers.

The Queenstown Lakes District Council rates database has been disabled until September 6, but the OneRoof website says the rateable value of 73 Brownston St in July 2017 was $7.6million.

There were calls on social media in May for Base to reopen to relieve pressure on a seasonal accommodation crisis.

However, Mr Robertson said the owner, Dunedin businessman Martin Dippie, was ‘‘quite a way down the line’’ with plans to convert the building into a 50-bed boutique hotel.

Mr Dippie had decided to explore interest in keeping the building in its current form or completing the hotel conversion.

The Covid situation meant the tender deadline of September 9 was likely to be extended.

Mr McIsaac said commercial property was in demand and there was not enough of it.

Accommodation businesses had been hit hard with no tourists around, but the market generally was showing faith in the sector.

Existing commercial buildings were attractive investments because it was very expensive to build new ones.

Mr Robertson said Cromwell was being looked at by operators who wanted a central base for warehouses and distribution.