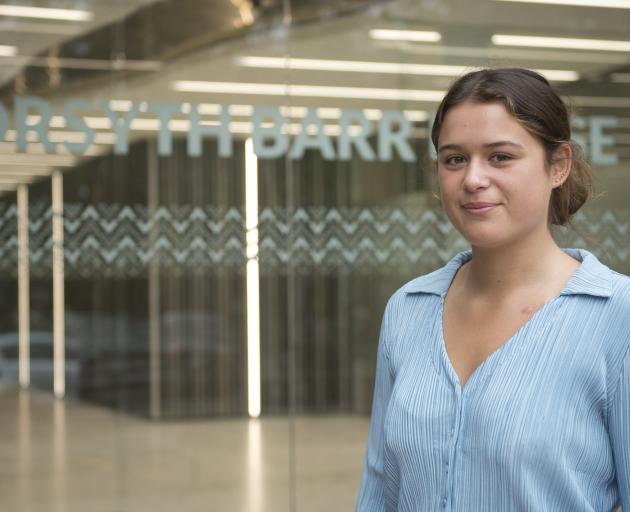 But now the sports-mad 20-year-old, who recently finished a commerce degree at the University of Otago, is one of four graduate interns selected for Forsyth Barr’s first internship at its Dunedin office.

The interns, who started last week, will spend two years rotating through different divisions across the investment company, including settlements, corporate actions, portfolio services and accounting.

Miss Rikiti, who started in the settlements team, was "very excited" about securing the job.

She wanted to learn and gain as much experience as she could over the two years.

Miss Rikiti grew up in Invercargill and began competing in triathlons while she was at Southland Girls’ High School, and went on to be selected to represent New Zealand in cycling at the Oceania Track Cycling Championships.

Once she started at university, she was selected for the New Zealand high performance rowing squad.

"I’ve always tried to be good at more than one thing," she said.

Miss Rikiti admitted her studies had been "put on the back burner" for the first two years of her three-year degree while she focused on sport.

She started out studying a range of papers, including management and psychology.

Finance had never really been on the radar for Miss Rikiti, who had had other career options in mind.

"I wasn’t expecting to like business, but then I did," she said.

It was a sustainable investing paper she took last year which piqued her interest in finance.

The paper, which was then being taught for the first time, focused on environmentally friendly and ethical funds.

"It challenged me more than my other papers ... and I just knew it was for me," she said.

Miss Rikiti believed her experiences in sport, which had helped her develop skills such as having a willing attitude and dealing with adversity, would hold her in good stead for a career in finance.

Asked where she saw herself heading in the sector, she said she had "absolutely no idea".

"And that’s the beauty of finance — there are so many paths you can take, so we will just have to wait and see."