By Riley Kennedy
0 Comments
Massive doors built in Dunedin are destined to help power consumption at a Coromandel gold mine, a kilometre underground.

Site Weld NZ has designed and built ‘‘breakthrough doors’’ to help cut down the amount of power the mine uses.

The doors, 5m high and 4m wide, were attached to an airlock chamber and helped regulate air flow in the mine, Site Weld NZ owner Adrian Olsen said.

Two doors and an airlock chamber were being delivered by Mr Olsen to OceanaGold’s Waihi mine this weekend.

Mr Olsen started as a sole trader with a mobile welder in his ute in 2010 and got a break at OceanaGold as a contractor fixing machinery.

In 2012, he started Site Weld NZ, and hired his first employee that same year. Over the past nine years the business had grown to about 40 staff. 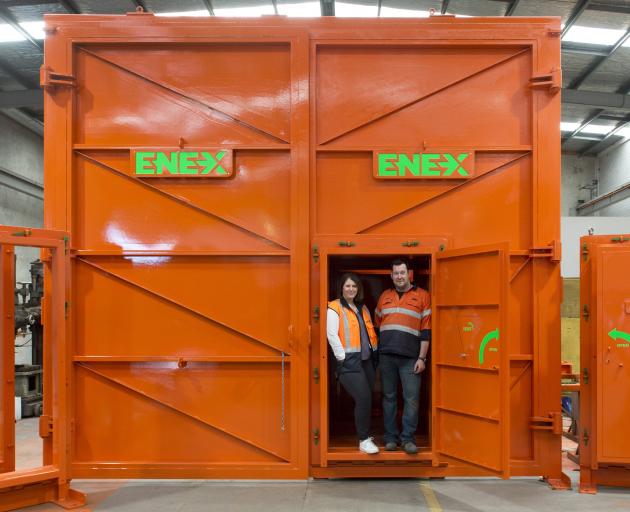 Ventilation was the most important part of underground mining, and Mr Olsen said the doors would help with that.

‘‘If you just had a complete open atmosphere down there, there are tunnels darting off left, right and centre down there.

‘‘That is a huge amount of power that is used to power the fans up to be able to supply air throughout the mine.’’

The doors would lock off certain areas when not in use, bringing down power consumption.

Similar doors had been built and used in Australia but Mr Olsen believed Site Weld was the first New Zealand company to build them.

It was estimated it would take 12 hours to install the doors, which could be in service by early next week.

‘‘We’ve had a fair bit of interest from overseas. That is our next step to start pushing our product to the world,’’ he said.