Life insurers must show they are clean 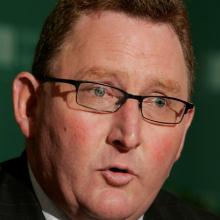 Adrian Orr
Life insurance companies have less than a month to come up with information to reassure regulators that misconduct being unveiled by the Hayne Royal Commission in Australia is not happening here - or is being addressed.

"Our objective in this exercise is to understand what work you have undertaken to review your operations to promptly identify and address any conduct and culture issues," the letter said.

"We expect you to show us what you have done in order to be comfortable that there are no material conduct issues within your business."

The deadline is Friday, June 22.

The letter follows a similar one sent to bank CEOs and the Bankers' Association on May 3. The bankers had to report back by last Friday. The Reserve Bank said yesterday it was considering the information and would report its findings over the next few weeks.

Consumer groups say they have complained about the behaviour of life insurance companies for years, but until now they have had little traction, partly because problems are well-hidden.

Issues include undisclosed hefty commissions and soft perks such as prizes or overseas trips given by insurance companies to the agents who sell their products. These types of remunerations, that customers often know nothing about, mean agents can have more incentive to act in their own best interests, rather than those of their clients. Customers can be sold unsuitable insurance products or persuaded to swap from one insurer to another, so the agent reaps the commission.

The ongoing Australian royal commission into misconduct in the banking, superannuation and financial services industry has revealed major issues with financial services group AMP, including an adviser who churned 59 customers from one AMP life insurance product to another in order to collect commissions, and the practice of "ring fencing" and charging customers for up to 90 days after they tried to sever relations with AMP or their adviser.

AMP's New Zealand website suggests the company is one of the largest providers of both financial advice and KiwiSaver products in the country, as well as being a big player in the life, disability, and income protection insurance sector.