A third liquidation application has been filed against a company associated with the Burns Group.

The Mosgiel excavation company is owned by Burns Group 2018 Ltd — which also owns Titan Bulk Haulage and Forest Distribution and Logistics Ltd — and latest application is the third to be filed against one of the group’s businesses this year.

In March, Lloyd Heslop Motors of Nelson filed an application to liquidate Titan Bulk Haulage in the High Court at Dunedin. Last month, Wellington truck parts company Multispares NZ Ltd also tried liquidate the company. Both matters were settled out of court and were not heard.

A source told the Otago Daily Times yesterday Otago Excavation’s debt to the quarry company was for gravel it had bought for setting up a yard in Bluff about three years ago. 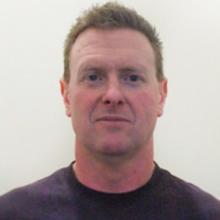 Malcolm Burns
When contacted yesterday morning, Burns Group co-owner and managing director Malcolm Burns initially claimed to not know about the application or the public notice.

However, later in the afternoon, he said the matter had been settled.

The application will be heard next Thursday.