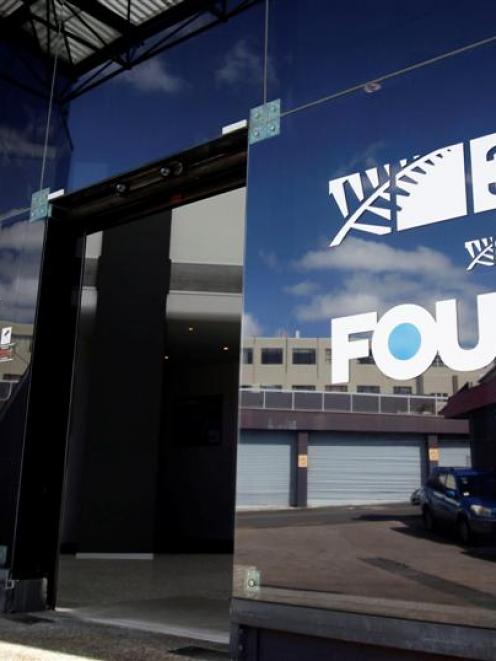 Photo by the NZ Herald.
The receivership of MediaWorks came under scrutiny yesterday as questions were raised whether the restructuring was a tax dodge and crony capitalism in action.

As part of the restructuring, senior lenders, owed about $400 million, have formed a new company, and the debt has been reduced from $700 million to $100 million along the way.

Labour Party communications spokeswoman Clare Curran questioned whether the MediaWorks receivership was part of a tax dodge which would leave New Zealand taxpayers out of pocket.

KordaMentha receiver Michael Stiassny said that under the new arrangements, a disputed $22 million debt to the Inland Revenue Department before the courts was likely to be unpaid.

Ms Curran said that by using a receivership, the creditors were able to move the assets into a new corporate vehicle and leave the tax liability behind in the empty shell.

''As I understand it, normally, selling the business involves the IRD being paid out first.

"Also, as I understand it, the courts have already ruled against the tax scheme relied on by MediaWorks, so the tax liability is more real than it is presented to be. The IRD should answer on whether it is looking at this from a taxpayers' perspective.''

Ms Curran said Prime Minister John Key should know about the IRD debt and he should pay attention, because it was taxpayer money and the Government had already let Ironbridge, the previous owner of MediaWorks, off the hook in 2010.

''If he doesn't know about it, then that's just negligence and turning a blind eye to a liability of a foreign company getting off the hook. He should also be paying close attention to the structure of the new company, to ensure we don't have a repeat of the Ironbridge situation.''

Questions should be asked about the extent to which the receivership deal was ''essentially a tax dodge'' which would see the New Zealand taxpayer out of pocket, Ms Curran said.

New Zealand First leader Winston Peters, who more than 20 years ago was involved in the winebox inquiry about tax dodges in the 1980s and 1990s, labelled the Mediaworks receivership as ''crony capitalism'' at work.

The National Party is turning a blind eye to the public deception in the MediaWorks 'technical receivership'.

The prime minister's claim that the Government was caught by surprise was astonishing given `minister of everything' Steven Joyce's past association with MediaWorks and the Government's deal to give the company five years to pay $43 million in outstanding fees, since repaid, he said.

Mr Peters disputed Mr Stiassny's claims the tax liability was unlikely to be carried across to the new owners of the company ''if it was to come home and be a legitimate debt''.

The optional convertible notes (OCN) potential tax liability appeared in the 2004 prospectus and was again discussed when Ironbridge purchased the company in 2007. The tax had since grown to $22 million.

''The spin being put on this transaction suggested the IRD claim is in doubt but it is not, and those associated in this exercise in deception know it.''

The matter related to the Alesco NZ Ltd versus Commission of Inland Revenue case concerning a financing structure and tax avoidance, Mr Peters said. Sixteen taxpayers were caught using similar financing structures as Alesco and in February 2012, the IRD was seeking more than $300 million.

Among the taxpayers were Radio Works and TV Works (100% owned by MediaWorks) which entered into an agreement with IRD to be bound by the ultimate outcome of the Alesco case, he said.

Of the 16 taxpayers, 15 had fronted IRD but Mediaworks had not.

''So why are the spin doctors saying that the MediaWorks tax issue is an unresolved issue?''

Those who could remember the EquitiCorp case would recall that company being put into statutory management because certain creditors were not being treated fairly. But in this case, there was one creditor - IRD - staring Mr Key in the face, Mr Peters said.

''So why is he not demanding a statutory receiver to get the debt to IRD paid, instead of turning a blind eye in favour of a bunch of foreign bankers and hedge funds, using an ill-retained $22 million to protect their investment?

''Surely, someone so learned in financial instruments as Prime Minister Key can get his head around this one,'' the NZ First leader and former treasurer said.