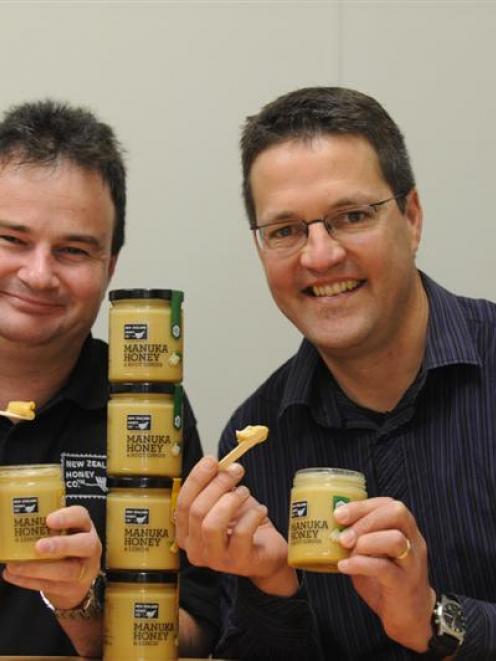 David McMillan (left) and Peter Cox, of the New Zealand Honey Company, sample its new products. Photo by Peter McIntosh.
It was a honey of an idea.

Two innovative products developed by the Mosgiel-based New Zealand Honey Company have been launched in the Morrisons supermarket chain in the United Kingdom.

Sales and marketing manager Peter Cox said sales were going well and the next focus was to launch the products on the Asian markets in which the company operated.

Mr Cox, who recently returned from a marketing trip to Asia, said there were many opportunities over there.

The development of the new products related to consumer trends and drivers, with the manuka honey market being a real opportunity.

It was a chance to "add spice" into that market, Mr Cox said.

The UK was its biggest market, and it also exported to Hong Kong, Singapore, China and South Korea.

Although the company regularly received inquiries from Asia, Europe and North America, it was taking care as to how it approached growth.

"In order for us to build and grow, we want to build the brand in markets we enter," he said.

The world was looking for healthy, natural products and honey fitted into that, production and technical manager David McMillan said.

The company had five permanent staff and about four casual staff, and the team was passionate about the business.

"Passion is at the forefront of what we do.

"When you've got such a fantastic product, it's hard not to be passionate.

"It's so pure, so healthy, it's an incredible product to work with and it's incredibly versatile," Mr McMillan said.

Although more than 95% of the company's product was exported, the focus was to also bolster domestic sales.

The plan was to build the company's business in the Foodstuffs group and also to open up its website to enable customers to purchase online.

"We will focus on trying to make our product more available in New Zealand," Mr Cox said.

Supplies of manuka honey, highly sought-after for its health properties, and other native floral honeys have been particularly hard hit.

Neil Stuckey, owner of the Waitemata Honey Co and northern representative for the National Beekeepers' Association of New Zealand, estimated the overall honey crop could be down 30% this year, with manuka down between 60% and 70%.

According to a Maf apiculture report, New Zealand produced 9450 tonnes of honey in the year to June 2011, and honey exports earned $101.6 million.

Prices had risen sharply as a result of the latest disappointing season, and Mr Stuckey said beekeepers who got $10 a kilogram for manuka honey last year were now receiving $15.

But while the rest of the country had a poor season, the lower half of the South Island, especially Otago-Southland, had "fantastic" production, Mr McMillan said.

As with any agricultural industry, it was weather-dependent, and three or four weeks of bad weather at the wrong time could have a huge effect on the crop - "but that's beekeeping", he said.

The industry was growing, and although there had been a slight dip following the appearance of varroa, hive numbers had since increased and the average honey crop had also increased, he said. 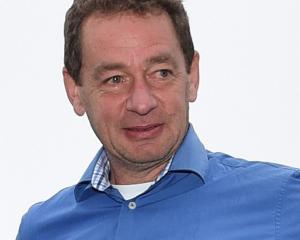 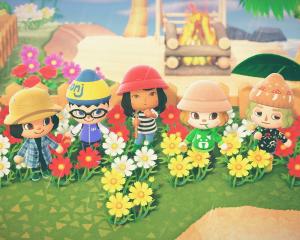