Much riding on Norgate, but what's in it for him? 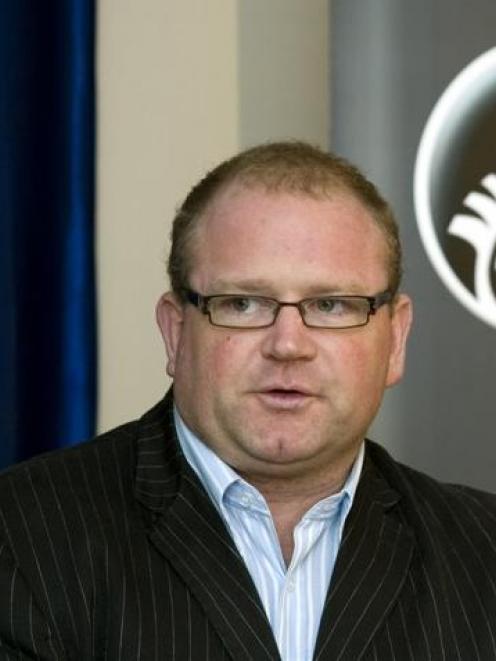 Craig Norgate
Farmers hate to think someone is getting one over them, so it should come as little surprise that Craig Norgate's offer to buy half of Silver Fern Farms for $220 million has been greeted with a fair degree of suspicion.

In the past year, the Auckland businessman with his wealthy Dunedin backers Baird and Allan McConnon have, via the rural servicing company PGG Wrightson, invested in the ailing wool and velvet industries and this month caught everyone by surprise by adding the equally vulnerable meat industry to their portfolio.

Investment capital has been rare for these three sectors and the returns far from guaranteed, so why is Mr Norgate pouring in money and assets?It certainly is not philanthropy.

Publicly, his reasoning is that if sheep and beef farmers are doing well and are more viable, they will spend more with PGG Wrightson (PGG-W), a view which has some validity.

But there is also a view that it would shore up PGG Wrightson, where its livestock and wool divisions in particular were losing market share in the face of stiff competition and declining volumes.

Livestock traders established after Pyne Gould Guinness merged with Wrightson have eroded PGG-W's share of livestock broking, while the South Island rural retail co-operative CRT last year reported a 20% increase in revenue, which many believe came at the expense of PGG-W stores.

In its half-year report, PGG-W noted it had been a difficult year for rural services due to dry weather, dairy farmers retaining stock and fewer bales of wool handled.

To compensate, it expanded business to include more dairying, horticulture and ventures such as irrigation.

In the deal with Silver Fern Farms (SFF), PGG Wrightson would be responsible for procuring stock to the meat company's requirements, a role stock firms have been largely locked out of in recent years as meat companies favoured their own stock drafters.

For that role, PGG-W would be paid a commission which would boost revenue but also potentially give it access to new clients.

An ABN Amro Craigs assessment of PGG-W expects the company's full-year result to be in line with expectations with a net profit after tax of $38.4 million, a 21.5% increase on the previous year.

Earnings per share are also picked to improve 19.6%, from 11.2c to 13.4c, but the sharebrokers note the better result followed a strong second-half year and improved performance from seeds, especially in Australia, its rural supplies business and finance.

Net debt is about 43% over net tangible assets and over total assets 34%, considered well within guidelines for a publicly listed company.

The SFF deal would be not a money-making venture in its own right.

PGG-Wrightson would share in half the profits, but Mr Norgate described those as "large enough to wipe your face".

The main benefit would be growing equity and share price in PGG-W, but if successful it could turn around ailing industries which generate nearly $6 billion in exports.

There is a view that what is needed is someone from the outside.

Equally, there were those who see Mr Norgate as an opportunist, picking up major agribusiness assets for a song.

The value of SFF as measured by the PGG-W offer has been contentious, with some shareholders feeling $220 million for a half share of a company with a $2 billion turn over was too little.

This view was on the back of widespread belief that the meat industry was about to enter a prosperous period on the back of food inflation and soaring demand for meat protein from new markets such as China.

Maybe it was too little, but the capital-starved and debt-laden company was hardly in the strongest of bargaining positions.

PGG Wrightson's tactic has been to join with grower bodies to form a new entity, a formula first started with Merino wool, which has successfully allowed growers to connect more closely with end users.

It wants to extend to strong wool and red meat.

In its foray into strong wool, PGG-W has sold its strong wool business to a new farmer-owned entity, The Wool Company, for $37.5 million, in which the growers' interest, Wool Grower Holdings, has a 60% voting interest and 50% equity in The Wool Company, with PGG-W having a 40% voting right.

The new body will promote and market wool, including contracting supply to end users.

Critics say PGG-W has been able to off-load a worthless business, but the reality is that as long as sheep are farmed, they will grow wool for which there is still some demand.

In velvet, PGG Wrightson has adopted a similar structure to that proposed for SFF - merging velvet procurement and marketing with the Velconz grower body.

PGG-W would procure, grade and store the velvet for which it receives a fee.

There is a view among observers that Mr Norgate was satisfying an ego, an ego that was dented when he was pushed from the top job at Fonterra.

But his is not an artificial ego but one, many said, that was firmly grounded by intelligence, vision, ability and the capacity of seeing the bigger picture and relating that to people from all walks of life.

If anyone can pull off the SFF deal, many said, it would be Mr Norgate.

The agribusiness sector is all about personal relationships and the approachability of Mr Norgate will be the key if he is to succeed.

But, of more importance, he has to take and retain key staff with him, those who deal with farmers on a daily basis.