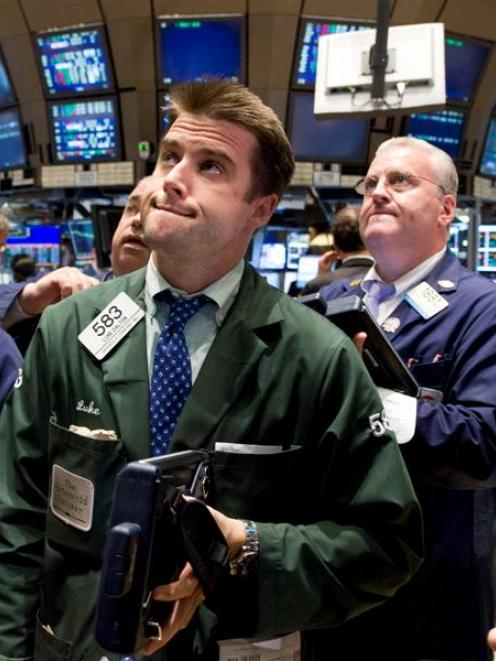 Trader Luke Dalton, foreground, watches the numbers from the floor of the New York Stock Exchange near the end of the trading day. (AP Photo/Richard Drew)
The New Zealand sharemarket was flat shortly after opening today amid continuing turmoil in the global financial system.

Yesterday, the benchmark NZSX-50 index ended down 2.8 percent on the fallout from Wall Street's woes, after investment bank Lehman Brothers filed for bankruptcy protection and Merrill Lynch was forced to accept a takeover by Bank of America Corp.

In the United States, equities regained some of the value they lost in the previous session when US stocks had suffered their biggest drop in seven years.

The US stocks clawed back some of the losses on growing optimism that US authorities may finance a rescue of giant insurer American International Group.

A report late in the session that the Federal Reserve was considering a loan to AIG pulled the market out of a funk.

The market had been lower after the US central bank disappointed investors by opting not to cut interest rates as many expected. 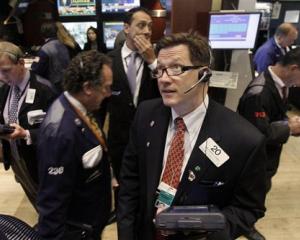 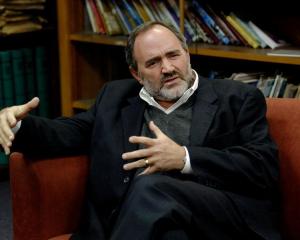 Executive has confidence in SCF's survival

Mascot clients will get money back 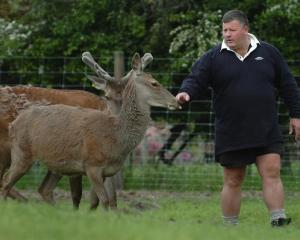 Taieri farmers $2m out of pocket 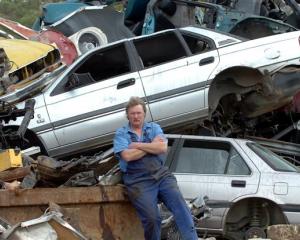 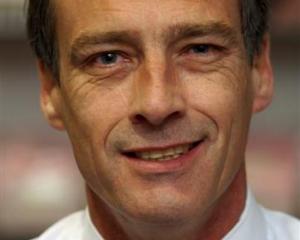 Evidence on streets of ailing economy

Financial crisis: how it hurts us 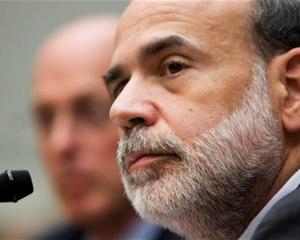