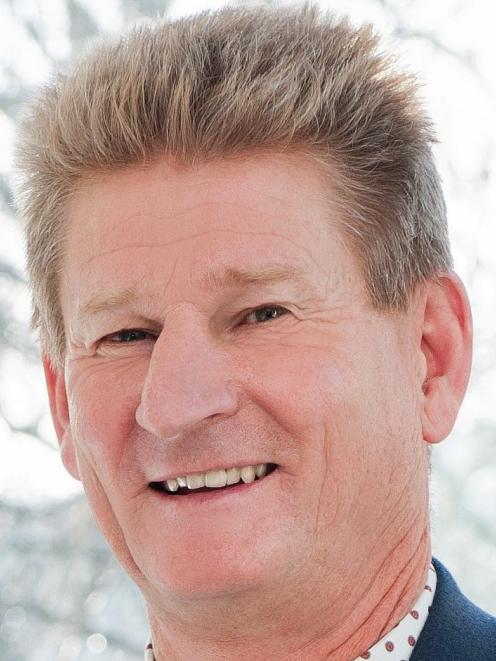 David Darling
Dunedin cancer diagnostic company Pacific Edge has passed another milestone in the complex US regulatory regime journey to sell its mainstay Cxbladder test over there.

US public health insurer Centre for Medicare and Medicaid Services has confirmed a price for the Cxbladder test of $US760 ($NZ1165), but that does not yet allow it to receive any funds until another regulatory hurdle is overcome.

Pacific Edge has been establishing itself in the US for several years and it is walking a funding tightrope to stay the distance until it has meaningful revenue.

It has yet to turn a profit or pay dividends to shareholders, having accumulated losses of more than $115million during the past 15 years.

As at the end of March it had $16.2million cash in hand, plus a further $2.6million which came its way when a US med-tech company took a 1.75% stake in July.

Pacific Edge chief executive David Darling said the price confirmation was a ``major reimbursement milestone'', being the second of three significant components of the US reimbursement process

The $US760 reimbursement rate per test was within an acceptable commercial range and also in line with other similar molecular diagnostic laboratory tests in the US, he said.

The first win in the reimbursement process was the granting of dedicated national codes by the American Medical Association for accepted mainstream tests, while the next step is inclusion in the Local Coverage Determination for insurer Medicare and Medicaid services.

Shareholders were told in Dunedin in August that cash sales would grow in full year 2019 to get towards break-even as soon as possible, while the board would be closely monitoring the monthly cash burn, estimated at around $1million.

Forsyth Barr broker Suzanne Kinnaird said the setting of the $US760 price equated to a gross profit margin of more than 85% for Pacific Edge.

``It reaffirms the opportunity for Pacific Edge and our expectations the model will be highly profitable, once we see commercial coverage momentum in the US,'' she said.

She said the benchmark price for insurer Medicare and Medicaid also ``opened the door'', for Pacific Edge to negotiate with private customers, as they would be looking at price paid by the insurer.

Mr Darling said having the national reimbursement rate in place should positively impact negotiations with private insurers and funders in the US, to gain coverage for the Cxbladder tests within their insurance plans.

From a low of 20c per share this year, struck in June, Pacific Edge's shares rose to a 39c peak in August and had since eased back to 32, which was more than 10% down on a year ago.