House price gains in August were again led by Central Otago and Lakes which reflected a 5.8% year on year gain to just over $1million Photo: ODT files

Spring has sprung for the Otago and Central Otago real estate markets.

House price gains in August were again led by Central Otago and Lakes which reflected a 5.8% year on year gain to just over $1million, while the average Otago home sold for $475,645 during August, a 4.7% increase. 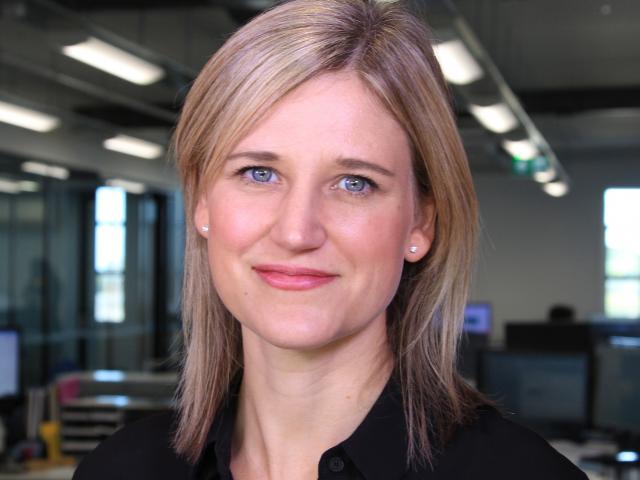 ''Prospective home buyers can look at the property market with fresh eyes in terms of affordability, either for a first home, or for those looking to move up the property ladder with a higher level of equity.''

There is also a bit more choice emerging for Otago house hunters.

There has been a year-on-year increase of 22.7% to 308 new listings during the month of August.

This is largely bucking a national trend which has resulted in a lack of new listings across most major regional markets and the lowest number of homes listed for sale since 2016, the report says.

Outside Otago, only three of 19 regions experienced increases in stock availability.

The West Coast was up 78% to 137 properties and Coromandel and Bay of Plenty (BOP) recorded nominal increases to 73 and 587 properties respectively. 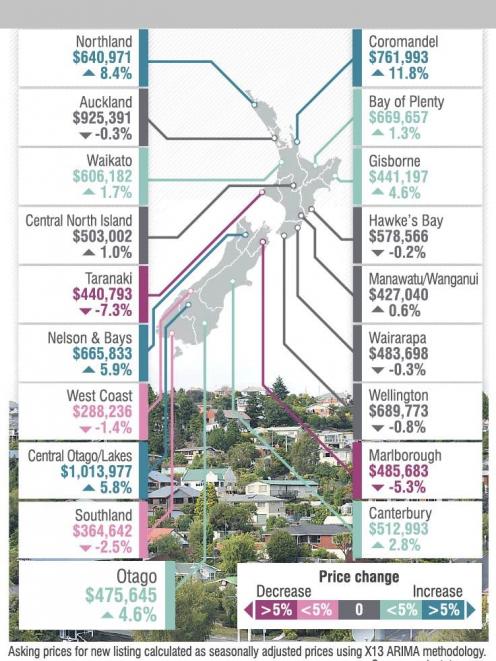 The average inventory (the time to sell out of current stock) is only 10 weeks compared with 36 weeks on the West Coast and 34 and 14 weeks respectively for Coromandel and BOP.

By comparison, new listings in the Central Otago and Lakes region dropped almost 10% and there was a total stock level of 562 homes, on an inventory of 36 weeks.

New listings for August were also down by 14% to 2653 in Auckland, where there was a static average asking price of about $925,000 and an inventory of 21 weeks.

Ms Taylor said while August was typically one of the quietest months for the property market, real estate agents were reporting ''an early spring'' in terms of buyer interest.

''The feedback we're getting from the real estate industry is that home hunters are doing their homework, looking at what they could now buy in the lower interest rate environment,'' she said.

''There have also been reports of a lift in the number of people attending auctions and open homes, researching the type of property they could get for their money.

''When it comes to buying a home, affordability has always been the primary consideration for most people.

''The interest rate drop will be a game changer when it comes to the range of choice,'' she said.

''Even more so at Kiwibank, which attracts first-home buyers.

''This is a direct result of lower servicing costs due to the low rate environment.''

REINZ chief executive Bindi Norwell said the Auckland market seemed to be finding an equilibrium between buyers and sellers regarding price expectation.

''With some signs of optimism in the Auckland market, it will be interesting to see what happens over the coming months, in terms of both volume and price,'' she said.

Of concern, however, were the low number of new listings across the majority of regions.

The report noted there were 20,712 homes for sale across the country, of which 7729 were fresh listings on the market.

''What's more, seven regions had record all-time lows in the number of homes for sale in any one month since records began over 12 years ago,'' Ms Taylor said.

''With the surprise interest rate cuts in August, we will be watching to see how this could translate to increased listing activity, particularly in spring which has traditionally been when sellers go to market as the weather improves.

''In the meantime, people are doing their homework on the implications of the interest rate cuts and what it could mean for them in the housing market.''