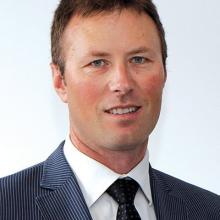 Adam Gain
Dunedin real estate agents say the local market is and has been suffering from a "chronic" housing shortage for 18 months now - homeowners do not want to sell, preferring instead to renovate and stay in their current abodes.

The city has about 200 active real estate agents and as of yesterday there were 248 properties on the market, including sections.

Nidd Realty owner Joe Nidd said Dunedin was going through a cycle of not enough houses and increasing demand.

When something came on the market his agency was inundated with people desperate to buy.

"Dunedin is suffering from a ... chronic housing shortage."

For many homeowners it was better to stay where they were, he said.

"That provides less choice for buyers and freezes the whole thing up. If I want to upgrade my house that’s harder because there’s less to choose from, which means I’m unlikely to put my house on the market, which means that’s a home somebody can’t buy as a first home."

Cutlers sales manager Donald Muldrew agreed there was a trend towards staying put.

"There’s a lot of builders out there that are doing work on a lot of houses ... extending or renovating to suit their needs.

"They know their neighbours [and] they’ve decided to stay put in the house they’ve known."

He said a lot of homeowners did not want to get into the market because there was such little stock.

"You sell your house for $500,000 - you’ve got to go and try and find something that’s going to be a betterment and there’s nothing out there."

When stock did come to the market, there was huge competition for it, Bayleys Metro sales manager and partner Adam Gain said.

Mr Nidd said while the Reserve Bank had lifted loan-to-value ratio restrictions and lowered interest rates, banks were stricter with their own lending criteria.

That had "made some of those subject-to-finance offers more difficult to get across the line than they were, say, six months ago", he said.

"A big part of that is banks wanting to be certain of job security."

Banks were asking for payslips, evidence from an employer a job was not in jeopardy and confirmation of employment contracts.

"People are getting bottlenecked when they go to their bank for their pre-approval," Mr Nidd said.

"As a result it’s slowing down the number of people who can actually offer on properties. Even though we’re seeing strong interest from buyers, there are also people coming into the market all the time who have only just managed to get their pre-approval after a significant delay."

Mortgage brokers were talking about pent up buyer demand beyond what real estate agents were seeing at sales.

With so many agents and so few listings, real estate agents were getting very few sales every month, Mr Nidd said.

"I had an agent a month before last who did 10 sales.

Mr Muldrew said some people did end up treating the real estate profession as a part-time gig.

"They’re still out school teaching and then they pick up one or two listings every four or five months and do it that way.

"We’ve had that in the industry for a long time."

Is there a bottleneck from DCC resource consents for new homes? Is there a lack of places to build new homes within Dunedin? Or is it a new culture of do up and flick it off at a profit?

Well diddums for them. Perhaps they shouldn't have rushed out and squandered their inflated commissions on new BMWs and Audis, when the markets skyrocketed from 2 years back. My real symphony goes out to the poor old home buyer, who now has to save $1,000's more just for the deposit. Saying that "Low interest rates is a buyers market", is an oxymoron. You're actually now worse off and would need to borrow a extra $100k + just to buy the same old run down house in places like Caversham and South Dunedin, that just a few years ago would have been under $200k. Look at what you can get in Christchurch or even Invercargill for $400k now...

A scarce market is still The Market.