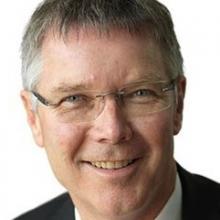 During a visit to Dunedin yesterday, the minister told the Otago Daily Times the PGF was the largest piece of regional develop policy New Zealand had seen for more than 20 years.

Regional Economic Minister Shane Jones has $1billion a year to spend over the next three years on helping regions develop their economies.

Mr Parker said the priorities were Northland and Gisborne, in the North Island, and the South Island’s West Coast.

Northland and Gisborne had major unemployment and problems with intergenerational welfare dependence.

On the West Coast, economic development had been affected by a sudden fall in the price of coal, along with world demand declining.

"That’s the focus but outside of those areas, the remit is for the rest of the country. Dunedin and Otago combined will receive the benefits of the fund."

As an example of how things could change, Mr Parker quoted Central Otago’s apricots which he rated among the best in the world.

However, New Zealand imported tasteless apricots which were more like "bullets" than fruit.

One of the problems for New Zealand’s apricot growers was the price of labour, which was expensive.

"That is a good thing, because we want a high-income economy. Technology will reduce the labour costs and it will result in more jobs, higher paying jobs making different products."

Speaking as Trade Minister, Mr Parker said his aim was to grow New Zealand’s imports from the current 27% of GDP but doing it through value rather than volume.

The technology capability of New Zealand was understated, particularly in horticulture and agriculture. The rise of blockchain was also important in the traceability of origin of products from this country, he said.

Mr Parker praised the use of technology by Dunedin companies including Scott Technology, Millers Mechanical and Abacus Bio.