Relishing roles in tourism and design 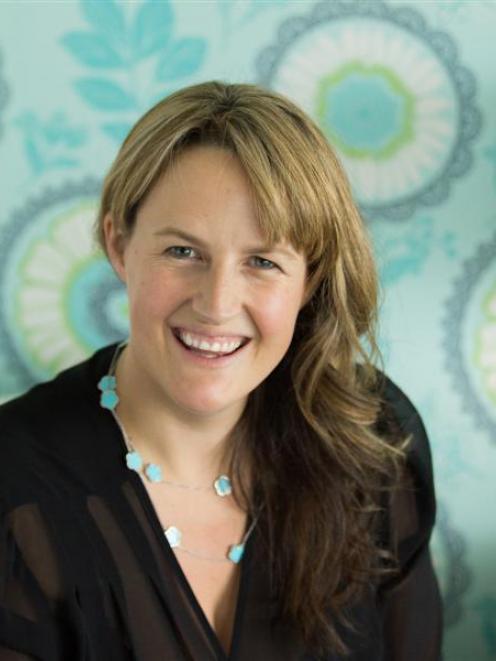 'It's not work when you do something you love. I come to work with a smile on my face because it's fun.' Photo: Captur8 Photography.
Annabel Berry has always been a devotee of design.

Growing up on a farm just out of Ashburton, Mrs Berry (37), now director of her own business, Design Federation, believed the passion was probably inherited from her very creative mother.

But when it came to choosing a career, she initially followed a more traditional path, thinking ahead about job prospects.

She completed a bachelor of commerce, in management, degree followed by a diploma in event management.

It was in event management that she first started her career, based in Christchurch, before heading to Sydney where she worked for a marketing agency for two years.

That was followed by a stint in London, where she was involved with some ''incredible events'' and gained both confidence and experience within marketing and events management.

When it came to organising events, so much was learned about time management, organisation and creativity, she said.

On her return to Christchurch, she got a marketing role at the Design and Arts College of New Zealand, reigniting her passion for design.

It was a centre of creativity, involving the likes of fashion, interiors, architecture and graphic design, with students coming together under one roof.

She had some ''really cool'' experiences with international marketing, including taking a fashion show to China and an exhibition to Thailand.

Mrs Berry was later appointed general manager of the college which was a ''huge challenge'' and one, she acknowledged, that was out of her comfort zone.

But doing things out of that zone was something she found had always worked for her and enabled her to progress in her career.

She later moved to Oamaru, having fallen in love firstly with Whitestone Cheese chief executive Simon Berry - and quickly with the town and surrounding district.

Despite having gone to university in Dunedin and often driving through Oamaru, she had never really stopped there or knew what it had to offer.

So when she started coming to Oamaru with Mr Berry, and saw it from the perspective of a ''tourist'', she was ''blown away'' by what she discovered.

It was fortuitous that the role of Tourism Waitaki general manager arose at the same time as she was shifting south. She began work in Oamaru in early 2010.

When it came to the interview, Mrs Berry did not find it difficult.

The later arrival of two children, Mia (2) and Jackson (1), saw some big changes in Mrs Berry's career and lifestyle.

While on parental leave, she completed a diploma in interior design, by correspondence, something she had always wanted to do.

In 2012, she started her own business, Design Federation, where her focus was initially more on marketing, events and design.

Once she finished her interior design diploma, she started moving into what she was doing now, which she described as her passion.

''It's not work when you do something you love. I come to work with a smile on my face because it's fun,'' she said.

Based in a street-facing studio in the Thames Arcade in Thames St, Mrs Berry's main focus is on the commercial side and offering businesses a full-service approach.

Not only did she understand marketing, brands and strategy and could help businesses with those services, she also understood how a business ''should look and sound''.

A business needed to reflect what it was saying through its marketing and communication, yet sometimes its interior decor did not reflect the necessary professionalism and integrity, she said.

It was about utilising her specific skills and experience to help people with their businesses, ensuring they had a co-ordinated and professional approach from when a person rang them, looked at the website and visited them.

She also enjoyed working with residential property owners and helping people with the likes of their colours, upholstery and wallpaper.

She had a range of designers and specialists she worked with, depending on a client's needs, on a contract basis.

If balancing work with a young family was not enough, Mrs Berry was appointed chairwoman of Tourism Waitaki in September, 2012.

She was ''absolutely keen'' for the role, saying she never wanted to stop her involvement in tourism and it allowed her to continue to help drive it forward. She adored every aspect of the region and was ''incredibly passionate'' about it.

Tourist numbers were the greatest they had ever been, the blue penguin colony was going well and she was excited about the huge potential of the Alps 2 Ocean cycle trail.

Alps 2 Ocean was more than investment in one product, it was investment in the region and economic development, she said. It was about getting visitors off the main route from Christchurch to Queenstown and bringing them down the Waitaki Valley, she said.

The Waitaki district was a ''brilliant place'' to bring up a family, with great schools, affordable housing and a great landscape and activities.

Her favourite weekend activity was heading to the Oamaru farmers' market, walking through the historic precinct, and then taking the children to the steampunk playground.

Mrs Berry acknowledged that becoming a mother had been a huge adjustment, having always been very career-focused.

''It's been very eye-opening. I recognise what incredibly hard work being a mother is. I never thought it would be as challenging or as rewarding,'' she said.

When it came to her Design Federation work, she did that between two and-a-half and three days a week, having found a balance between work and parenthood, she said.

When not at work, she was focused on the children and she found the split worked very well. She did not want to do any more than that at the moment, while the children were so young, but she did want to grow the business in the future.

''I have a vision. My poor husband,'' she laughed.

Mr Berry had a ''huge role'' at Whitestone Cheese. The company was doing very well in the industry and there were a lot of growth opportunities.

''We are a very busy couple but we like it like that. I can't imagine myself any other way. I'm just not that kind of person that doesn't . . . have multiple things that are happening all the time,'' she said.

She hoped to do more event management work in the future and she would love her studio to eventually be a working space, where people could come in and ''do some creative stuff''.