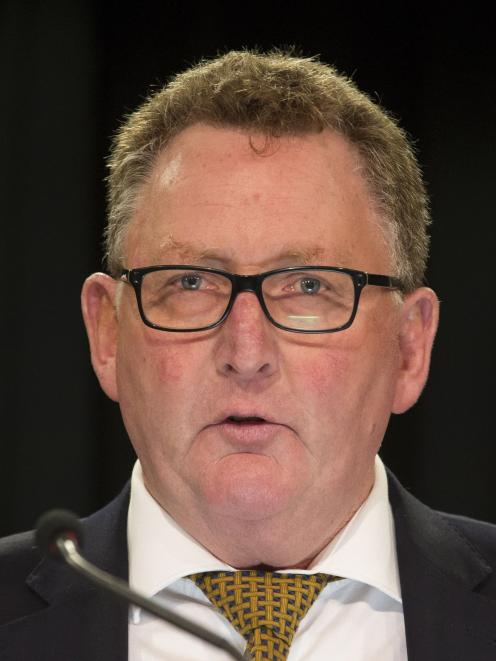 Adrian Orr.
The Reserve Bank has continued to note some parts of the dairy sector were highly indebted.

Debt was becoming more concentrated and the sector was therefore vulnerable to shocks.

Governor Adrian Orr said most dairy farms were cash-flow positive but remained vulnerable to any possible downturn in dairy prices and agriculture shocks.

ASB chief economist Nick Tuffley said Mycoplasma bovis was one example of a shock for the dairy sector because of its effects on productivity in the sector and on individual farms facing culls.

The transition towards lower debt was starting already. Outstanding dairy debt had remained largely flat for 18 months, he said.

Aside from the emerging risks of M. bovis, the Reserve Bank judged dairy-related risks had not changed materially since the November FSR.

The comments on M. bovis appeared to have been written before the Government's announcement on Monday to proceed with an expanded eradication attempt, Mr Tuffley said.

The buffers reduced New Zealand banks' exposure to adverse shocks. The ongoing drivers of financial soundness were the conduct and culture of banks and insurance companies.

Those features were being jointly reviewed by the Financial Markets Authority and the Reserve Bank. The results would be reported in coming months.

The financial system vulnerabilities were much the same as in the November report, he said.

Household mortgage debt remained high. Financial risk had lessened as both lending
and house price growth slowed in the past 12 months - in part due to the central bank's imposition of loan-to-value ratio restrictions.

''This more subdued lending growth needs to be further sustained before we gain sufficient confidence to again ease the LVR restrictions.''

The banking sector was ''broadly efficient'', although some lending allocation remained a vulnerability, Mr Orr said.

The major New Zealand banks were in the top quartile of OECD banks for their return on assets. Bank services were also wide ranging and of reasonable cost.

Those outcomes were possibly due in part to the low cost-to-income ratios of the major banks, and the current low level of impaired loans.

Not changing the measures yesterday showed caution was clearly evident, she said.

Several factors could tip the demand-supply balance in the housing market.

Proposed Government policies had changed the calculus for property investment and crimped demand. Affordability constraints and credit restrictions also needed to be considered.

Economists were agreed the FSR had no implications for the official cash rate outlook. Most were forecasting a rate rise in August next year, or later.