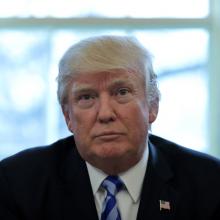 The US said yesterday  it was moving to impose tariffs of 25% on steel imports and 10% on aluminium starting today,  ending months of uncertainty about potential exemptions. The Australian and New Zealand share markets opened lower. The banking and energy sectors led the losses, after Wall Street fell amid fears of a global trade war.

In the US, stocks plunged after Canada and Mexico retaliated against Washington’s decision to impose tariffs on steel and aluminium imports. The EU also flagged reprisals, reigniting investor fears of a global trade war.

Craigs Investment Partners broker Peter McIntyre said there had been a lot of rhetoric and harsh words  but he believed common sense would prevail.

"No-one really wants to have a significant trade war. Companies are already worried about the effects of higher inflation on their profits. This will be the news for a week or two before slipping down the list. We have had this sort of thing two or three times already this year."

A trade war would be company specific and country specific, he said.

CMC Markets chief market strategist Michael McCarthy said it had been a soggy start to trade given the pressure on European and US shares.

"Although this is only a very small part of international trade for the US, the symbolism of it and the potential for escalation has investors nervous."

Asian equities slipped in value as the trade wars overtook fears about the political turmoil in Italy.

Mr Trump’s allies at a G7 meeting in Canada vowed to push back on the tariffs.

French Finance Minister Bruno Le Maire demanded a "permanent and total exemption" from the tariffs and said the EU counties would respond with their own measures.

His German counterpart, Olaf Scholz, said EU member states would show their unity and sovereignty by acting in a determined way.

"Our response should be clear, strong and smart," he told Reuters.

Those who would suffer the most were the poorest, the less privileged people, those who actually relied on imported goods to have a living.

Canada was likely to challenge the US tariffs under both Nafta’s Chapter 20 and the World Trade Organisation’s dispute settlement process and would work with other WTO members.

Canadian Prime Minister Justin Trudeau said Canada, the US and Mexico had come so close to a Nafta deal he had offered to meet Mr Trump personally in Washington. Mr Trudeau said vice-president Mike Pence told him as a precondition for the meeting, Mr Trudeau would have to agree to a five-year sunset clause.  He refused.

A sunset clause would allow one of the three Nafta members to quit the pact after five years. 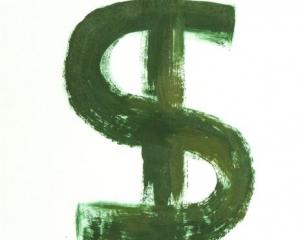