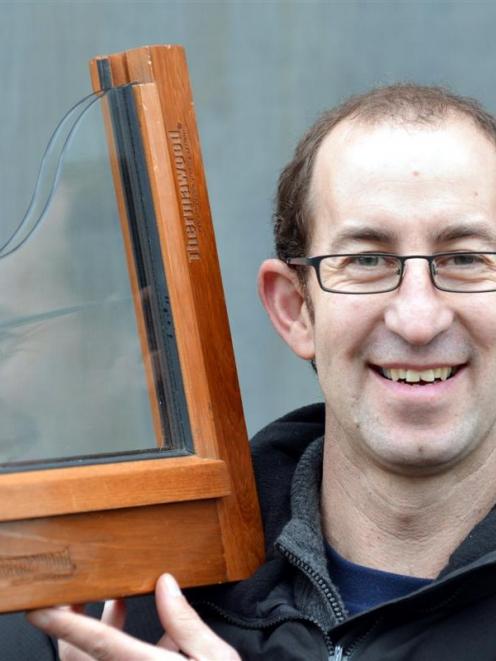 Thermawood, a patented retrofit double-glazing system for existing timber joinery, was the brainchild of Graeme Clarke, whose background was both as a joiner and a glazier.

The system was developed around drainage. Double glazing did not like water, which was something many people did not realise. If water got in, frames rotted, the double-glazing broke down and it was a ''waste of time'', Mr Clarke said.

After drawing an initial concept on a pie packet, he took it to an architect, Craig McAuliffe, who drew up the idea that Mr Clarke had in his head.

From there, it was taken to the business development unit at Otago Polytechnic, where it was printed in 3-D, and then to Jtech Plastics, in Mosgiel, where the model was finished.

It was a three-month process to get the model completed and that was five years ago. The system was designed for glaziers to install and it was supplied to a network of installers nationwide.

The system was patented worldwide and, from that process, Mr Clarke said he found that no-one else was doing anything similar.

It was a licensed system in New Zealand and a franchise system in Australia, where it was launched earlier this year.

Launching in Australia was a ''massive step'' and Mr Clarke believed the potential for the system was huge.

While patented in other countries, he did not want to grow the business to a point where it could not be controlled. Instead, it was important the system was installed correctly, he said.

Matt and Esther Lamb opened Thermawood Otago in March last year and the business was ''going ahead in leaps and bounds'', Mr Lamb said.

Most of their work was in Dunedin, but they also serviced other parts of the region. Mr Lamb and four other staff were full-time in the business, which also did all other aspects of the glazing trade.