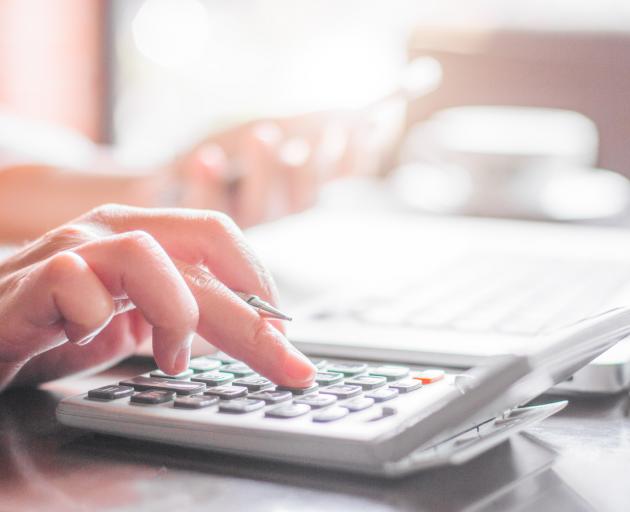 McGrathNicol was appointed by SCF's trustee, Trustees Executors. Photo: Getty Images
McGrathNicol has been accused of mismanaging the South Canterbury Finance receivership by selling its assets too fast at fire-sale prices and charging outsized fees.

Kapiti Coast financial adviser Chris Lee's new book, The Billion Dollar Bonfire, accuses the accounting firm of producing "the worst outcome I have ever observed" and is calling for a change in the law to include a system of overseeing receivers.

He makes a strong case: McGrathNicol's receivership ran for less than two years - far shorter than many other similar receiverships - and cost $53.9 million in total receivers' fees, payroll costs, legal and other fees.

The costs included $9.2 million in legal fees and $16.1 million in payments to almost 100 SCF staff kept on for a year by McGrathNicol to help with the receivership.

"A few of the staff and McGrathNicol formed the lending team. Many of the other staff knitted and did crosswords and waited for their bonus," Lee says.

McGrathNicol "charged an exorbitant amount for an outcome that, most kindly, might be described as sub-optimal," Lee says.

"We need new laws to prevent any recurrence of this sort of outcome."

SCF's debentures, and those of many other finance companies as well as deposits in banks, were covered by a guarantee the Government introduced from October 2008 to stave off a run on any financial institution as the GFC unfolded. The Government's hand was forced by Australia providing a similar guarantee.

As Lee's book outlines, SCF took advantage of the guarantee to expand its debenture book rapidly and to continue high-margin, high-risk lending.

At the time it went into receivership on August 31, 2010, SCF's total assets were nominally about $1.6 billion.

As for law changes, there are some in the wings.

The Insolvency Practitioners Bill is awaiting its third reading in Parliament and will introduce a licensing regime for those involved in insolvencies.

John Fisk, PricewaterhouseCoopers' New Zealand managing partner and chair of the Restructuring, Insolvency and Turnaround Association of New Zealand, says the bill will address at least some of Lee's concerns.

Currently, only RITANZ members are subject to its code of conduct but the bill will make it mandatory for all insolvency practitioners to follow such a code.

That does not extend to the kind of oversight Lee is suggesting, but Fisk points out that usually receivers are appointed by banks which tend to take a keen interest in extracting maximum value.

McGrathNicol was appointed by SCF's trustee, Trustees Executors. Although the Government became the major client by virtue of having guaranteed SCF's debentures, Lee says it appeared to take a decidedly hands-off attitude towards the receivership.

Lee compared the SCF outcome to the five-and-a-half-year receivership of Provincial Finance. PwC's fees totalled $3.3 million and all other parties' fees totalled $440,000.

The Strategic Finance receivership lasted 8.5 years with PwC's fees totalling $3.9 million, lawyers' fees of $3.7 million and other parties' fees of $900,000.

However, McGrathNicol began selling assets from day one. The firm's Kerryn Downey signed a sale and purchase agreement for about 140 residential sections at Braebrook in Ashburton for an average of about $9000, Lee says.

"How on day one did Downey make that decision? Who advised him? Where was his research to ensure fair value?" Lee asks.

After reading what Lee wrote about the receivership, Downey says he and William Black "were involved in all major decisions and reported directly to the Crown and the trustee.

"The sales process was led by several of the country's leading and most credible investment banks, which were appointed following a lengthy and robust due diligence process," Downey says.

"A worldwide marketing of the assets/operations was conducted in a competitive process with regular reporting to the receivers. Final decisions in the sale process were made by the receivers after consultation with the Crown and the trustee," he says.

"Our focus was on delivering maximum returns to the Crown within the context of a hugely challenging receivership, one of the largest and most complex that this country has ever seen."

Downey has since left McGrathNicol which defends itself in a similar fashion.

"The sale processes for the major assets and investments were managed by leading investment banks including Goldman Sachs, First NZ Capital and Deutsche Bank, each of which was selected based on its expertise and experience following a robust process to identify the most appropriate sale advisor and to ensure a worldwide exposure of the assets."

Another sale McGrathNicol arranged and that Lee chronicles was that of the remnants of the Face Finance loan book to GE for about 80 cents in the dollar. A year later, GE announced a $12 million profit, largely reflecting gains on the Face Finance book.

SCF owned 75% of Face Finance. The other 25% had been owned by its founders, Warrick Baxter and Geoff Allott, two men Lee praises as skilled operators - Allott is a former test cricketer. But they lost their equity in the business, thanks to, Lee says, McGrathNicol.

In his next role at Nomura Securities, Mallon bought an SCF loan book at 80 cents in the dollar, "perhaps less, if one makes assumptions by measuring the breadth of the grin of the Nomura representative, John Mallon," Lee writes.

"All he will say now is that Nomura was 'totally satisfied' with its purchase. He must have learned how to negotiate with McGrathNicol."

McGrathNicol sold land for $20 million at Islington and Belfast Park in Christchurch that SCF's owner, Allan Hubbard, had injected into SCF to help prop it up, and that was about the same price Hubbard had paid for it.

"Yet those hundreds of hectares of stable land had been or were later rezoned, decontaminated and then used for an industrial park (at Islington) and residential sections (at Belfast Park)," Lee says.

"The SCF share of the Islington land today, according to a Collier valuer, would have been worth at least $125 million. The Belfast Park land has a similar, perhaps greater, value."

McGrathNicol sold SCF's 80% of Scales Corp. for $44 million. In the six years following that sale, "Scales paid dividends of more than $40 million and in 2018 had a market capitalisation value of nearly $700 million," Lee says.