There has been grumbling in the Dunedin business community that Scott — established in the city more than 100 years ago — would soon have its chief executive, chief financial officer and chief operations officer all based in Auckland.

Scott announced last month it would appoint Cameron Mathewson as chief financial officer. He begins that role in January in Auckland.

That was because the company wanted the CFO to have a closer working relationship with the chief executive, John Kippenberger.

The chief financial officer had been Kate Rankin, but her position was changed to group financial controller after she was unable to shift to Auckland.

In June Chris Steedman was appointed chief operating officer, joining the automation and robotics firm from Thales Australia, and he will be based out of Auckland.

When asked about the movement of executive roles to Auckland, Mr Kippenberger said Dunedin had always been Scott’s head office.

"[It is] our centre of excellence for meat. All of the talent and experience and expertise is located in Dunedin for meat.

"That is where we’re going to keep that operation. All of those operations around that activity but also primarily the majority of the head office function will continue to be in Dunedin."

Mr Kippenberger said it made sense for him to be based in Auckland — which he called the "executive office" — because in a post-Covid world he would need to regularly travel to Scott’s overseas offices.

"We are going to get out of Covid at some stage.

"The world will emerge to a point where we can get on flights. For someone like me it’s critical to be able to go easily and relatively efficiently when we can to be able to see our team in the US, Europe, China and Australia.

"That just makes that slightly easier to do that out of an Auckland base." 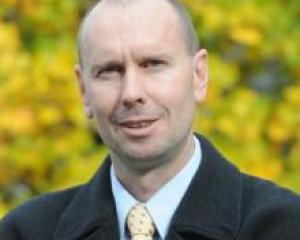