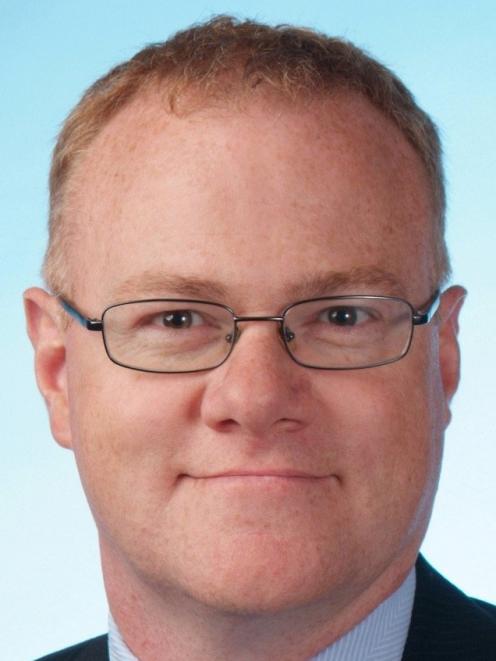 Doug Steel
The BNZ-BusinessNZ Performance of Services Index is at its lowest level in more than five years - more bad news for the Government which attracts criticism for ignoring business concerns.

The index in August was 53.2 points, down 1.6 points on July, and was expanding at a slower rate.

A level of 50 or above marks expansion; below 50, contraction.

BNZ senior economist Doug Steel said the index now sat below its long-term average of 54.5. The three month moving average had eased to 53.6, well below last year's average of 57.1 and was at its lowest level for more than five years.

``It suggests annual growth in services GDP could slip below 2% in late 2018 from above 3% earlier in the year.''

Despite the general subdued survey results, there were some positive signs, he said.

New orders remained robust at 58.8, slightly above the long-term average and close to July's 60.

It offered some hope for improvement in the current activity/sales index that wilted to a below average 53.8.

There was no such equivocation in the employment index which had been flat for three consecutive months at 49.9, Mr Steel said.

``This implies a clear stalling in service sector employment over the period. Understanding why is less transparent.''

It might be a lack of labour demand as pessimistic businesses hunkered down, although that did not square with generally positive employment intentions, he said.

It could be related to an increase in the cost of labour, including a lift in the minimum wage, or related to uncertainty around labour policy.

Or it might be that the difficulty firms have long reported in finding staff was now materially restricting expansion.

``Understanding the various dynamics and the balance of such influences is important from a macroeconomic point of view, given the different implications they have for inflationary pressures.''

A steady arrival of tourists and the arrival of 900 domestic and international athletes, plus support crews, for the Winter Games all helped support the Otago-Southland services industries.

The PSI for August showed Otago-Southland recording an expansion level of 53.3 points, close to its long-term average of 53.5.

Canterbury Employers and Chamber of Commerce reported a level of 54.4, Business Central was 50 and the Northern EMA was 54.6.

However, immigration remained a concern. Discussions about regionalising immigration would be greeted positively in the region, especially since skilled and unskilled shortages remained a primary concern.

There were still concerns about the infrastructure used by the high numbers of tourists across Central Otago. In Queenstown, there were 34 tourists for each ratepayer. In Auckland, there was one tourist for every ratepayer.

The proportion of positive comments sat at 54%, slightly up on both June and July, Mrs Nicholls said.