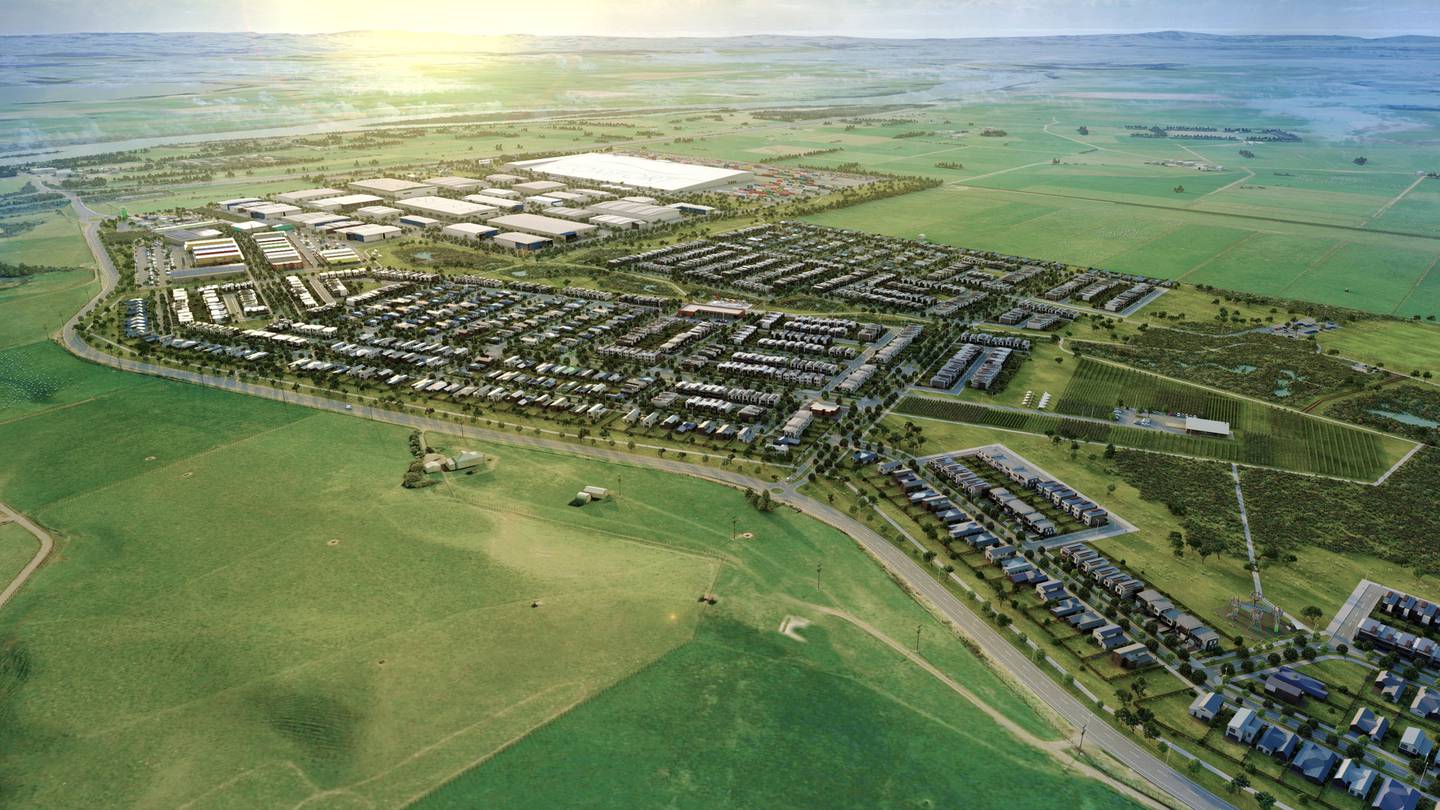 The 176ha site, 5km north of Huntly, would include 1100 new homes over the next 10 years, while boosting manufacturing space from 30,000sqm to 100,000sqm. Image: supplied via NZ Herald
A massive new $1 billion manufacturing and affordable housing community is planned for north Waikato by the company behind iconic Kiwi brand Sleepyhead, which has outgrown Auckland and wants staff to be able to buy their own homes.

Comfort Group has bought 176ha of rural land in Ohinewai, 5km north of Huntly, where under a master plan it intends to develop a mixed-use community with 1100 new homes over the next 10 years, while boosting its manufacturing space from 30,000sqm to 100,000sqm with a cutting-edge factory.

The proposal has been publicly-notified with two objections received. One was from Mercury Energy, which noted the development would be on a flood plain, and the other from Fish & Game.

The new community would create a home for up to 3000 residents and the new factory about 1500 new jobs. 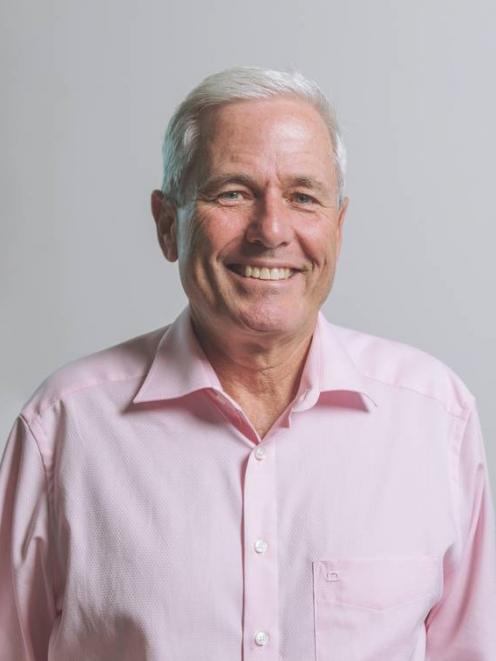 Craig Turner says the family-owned business has been unable to grow as it wanted because of space constraints in Auckland. Photo: NZ Herald
Comfort Group, Australasia's biggest bedmaker and a significant exporter, owns the Sleepyhead, SleepMaker and Dunlop Foams brand, and employs 500 people at three sites at Otahuhu, Avondale and Glen Innes.

Director Craig Turner said the fourth-generation family-owned business had been unable to grow as it wanted because of space constraints in Auckland.

But building a new manufacturing base is only part of the story behind the staged development, which still requires Environment Court approval for a significant zoning change.

It will be called the Sleepyhead Estate.

"Housing is such an important component of this. For many of the people that work for us, housing is not affordable - certainly not in Auckland," Turner told The New Zealand Herald.

"Our dream is to provide an opportunity for people who work for us and for others in the community to be able to get into their own home, to have equity in something as they work. Currently, that is incredibly hard to do if not impossible."

"The reality is with a bit of assistance from the company and the banks - and banks are very keen to help in these areas - for a worker in our place it is possible they could fund that sort of money." 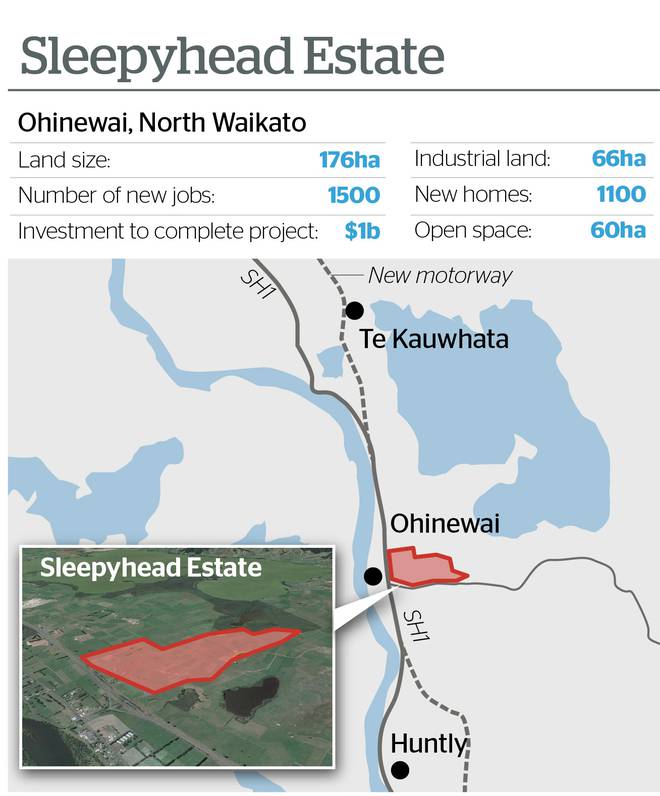 The new estate will ultimately host a 66ha industrial hub, 33ha of new housing and 60ha of public open space.

The Sleepyhead Estate will not be a dormitory suburb of Auckland, requiring residents to drive to shopping and community facilities. These will be incorporated in the new community.

"This is a community-based programme. We expect lots of others to show and interest and join us," Turner said.

"Ohinewai is a beautiful little area... there's a lot of opportunity, the [Waikato] river is fantastic and there are lakes for water activities and cycle trails and walkways.

"The whole plan is for residents to be able to live, eat and work in the area, and not to have to drive for 30 to 40 minutes and spend all that money on petrol. That money can go into buying their homes and things they really want to have."

Target business occupants include factory outlets. Turner said the project hopes to attract "some of the big names of Europe". Some of the company's suppliers were likely to follow it south.

No development contracts had yet been signed, or building partners appointed.

The first stage will be the construction of a facility for the foam manufacturing and underlay division, due for completion by the end of next year.

The site, 40 minutes south of Comfort Group's Otahuhu headquarters, is beside the new Waikato Expressway and a rail siding will be built to transport the company's imported and exported products to and from the ports of Tauranga and Auckland.

The company's exit from Auckland will be staged over several years. In the meantime, the company will subsidise the travel costs of Auckland resident staff who will work at Ohinewai.

Turner said some staff were already driving to Auckland from Hamilton and Huntly and many lived south of the company's current sites and were already spending up to 40 minutes driving to work each day.

He said time would tell how many staff wanted to make the move south. Because it was a long-term, staged project, there would be natural attrition in the time it took the company to exit Auckland.


Turner said while the concept of creating a whole new estate was new for New Zealand, it was not unusual overseas.

Ohinewai was the only logical place to move to, Turner said.

"We had two cracks at moving within Auckland but there were space constraints and complaints about industrial activity. Road and rail access are critical for us - rail especially is a big thing. They're talking about developing rail north [of Auckland] over the next 30 years but that's too long for us."

To the south, Pokeno was fully developed, fast-growing Te Kauwhata was a housing area, and after Huntly, the rail line split two ways. Meremere's wetlands ruled out that area and iwi wouldn't sell.

"Because it's so important to get the pricing right on this project we won't lease. We had to purchase so we can control the outcomes. We struck a farmer at Ohinewai who was keen to talk. It's a perfect location." 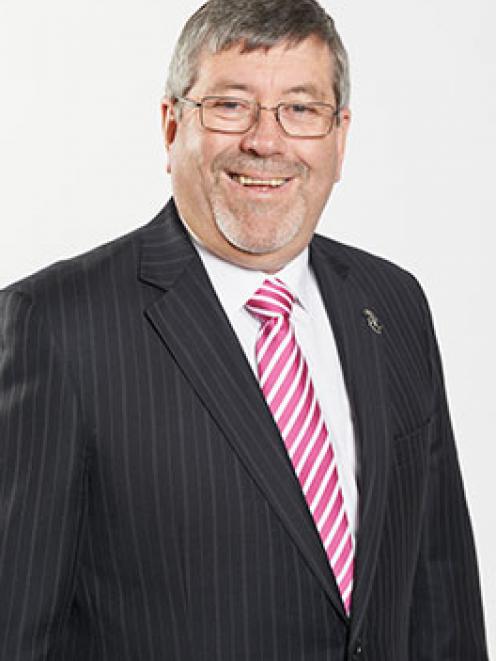 Mayor Allan Sanson. Photo: Waikato District Council
Turner said Comfort Group had not been able to develop its manufacturing in Auckland because of a space squeeze.

It couldn't grow into other areas of the sleepware business it wanted to, such as pillow, sheet and duvet manufacture and had limited production space for underlay.

"We are a reasonable-sized exporter and with another project we have on, our estimate over the next approximately six to eight years is we will be up to around 1500 staff."

Investment needed to complete the Sleepyhead Estate was $1 billion.

No estimates of economic benefits were yet available.

Comfort Group has worked closely with the Waikato District Council and Waikato regional economic agency Te Waka on the project.

Mayor Allan Sanson said Craig Turner and his brother Graeme were "passionate" about their staff.

The council is planning a $38 million new wastewater plant for Te Kauwhata. It was hoped this could also cater for the Ohinewai project.

"This is business which wants to look after its people, and is willing to build a community not just for its own people but for others. They are very smart people.

"I believe this is the first of many to come. The Waikato is open for business."