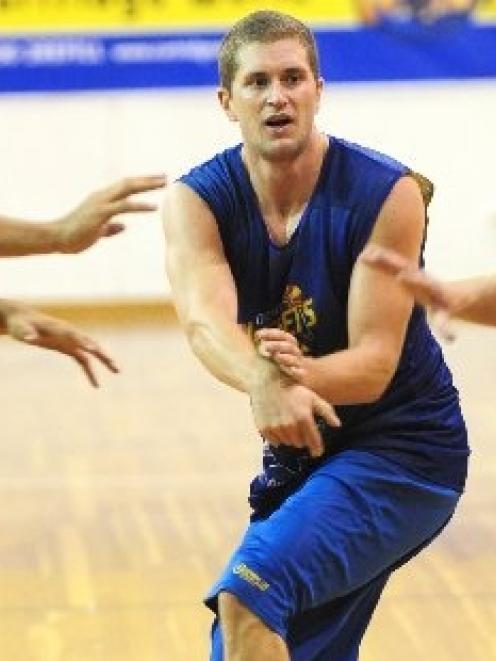 Brendan O'Donovan
The Reserve Bank is expected to adopt a softer tone in its monetary policy statement on Thursday in recognition the economic outlook has deteriorated sharply.

Economists cannot agree when interest rates will be cut. The ASB is predicting a cut in September but Westpac does not expect a cut until March next year.

ASB Bank chief economist Nick Tuffley said the central bank would slash its economic growth forecasts for the next year.

"Short-term inflation will be considerably higher, though reduce more swiftly in the medium-term than in the March forecasts."

The Reserve Bank's latest assessment would place much greater weight on clear signs the economy had come to a halt. That would open the window to official rate cuts later this year.

However, monetary policy was set according to where inflation was expected to track.

"Growth is one important influence but some offsetting concerns place a constraint on how soon the Reserve Bank is likely to react."

Other considerations included the likelihood inflation would exceed 4% later this year and the added risk that posed to already-high inflation expectations.

There was also the risk of the dollar falling rapidly, boosting imported inflation, Mr Tuffley said.

September looked the earliest possible date for the Reserve Bank to start cutting interest rates from the present 8.25%.

The monetary policy statement was unlikely to give a strong signal that interest rates would be cut in July but should give the market reason to continue pricing in a first cut around October, he said.

Westpac chief economist Brendan O'Donovan said the central bank had had a huge amount of news to digest since March.

The budget was included in the inflationary risks to be studied by the Reserve Bank.

The bank was assuming a total of $6 billion of tax cuts (cumulative over four years) starting in March next year.

Instead, Finance Minister Michael Cullen would start the tax cuts in October with a total value of more than $10 billion.

"Add in new spending and this is the most stimulatory budget in 10 years."

The Government had provided some growth insurance at a time when significant pressures were facing the consumer, he said. That left the Reserve Bank free to focus on inflation and a return to the plan of only cutting interest rates once non-tradeable inflation was clearly easing.

The Dubai crude oil price was sitting nearly 40% higher than the Reserve Bank assumed for the June quarter.

The Reserve Bank's model was neutral on oil prices but, with inflation expectations rising to close to 3%, the bank could not afford to ignore the impact that $2 a litre of petrol had on people's impression of inflation, Mr O'Donovan said.

"We expect the Reserve Bank to indicate that it believes interest rate cuts remain a fair way off, with published 90-day interest rate forecasts consistent with an OCR cut happening first in June or September 2009.

"This is wildly different from current market pricing, which is anticipating a cut in October this year."

The Reserve Bank faced a challenge in sticking to its guns through the rest of the year. A "hawkish" June statement would give the market a sharp wake-up, Mr O'Donovan said.

High costs and inflation had businesses and consumers the most worried. In such a contest, it made no sense for the Reserve Bank to say: "Here's a bit more inflation - does that help?"