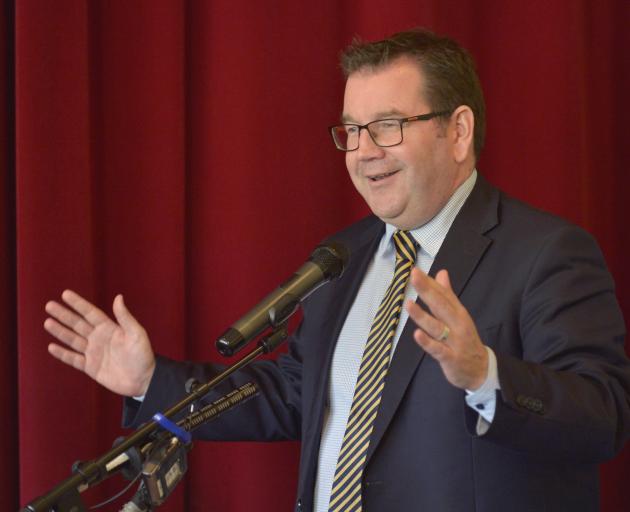 The Government has been rolling out announcements before next week's Budget, in line with previous governments intent on not having the main message blurred by competing headlines.

The extra spending would allow the Government to give a "long overdue boost" to health to ensure hospitals were fit for purpose and could cope with a growing and ageing population.

The transport network would be upgraded through the Land Transport Fund to ensure there was a safe, efficient transport infrastructure.

Speaking to a Wellington audience, Mr Robertson said modern public transport systems were the hallmark of all successful cities and Wellington needed that as much as anywhere.

Also, in housing, the Government would provide a boost on top of the $2billion it announced in the December mini-budget for KiwiBuild, including $100million to combat homelessness this winter.

The issue had grown over time and while the extra money would not fix the problem overnight, it was a significant first step, he said.

"Budget 2018 will also reflect the plan we have to transform the New Zealand economy to be more productive and more sustainable."

The minister acknowledged it was legitimate to ask any government how it would pay for its commitments. Labour's plan had been clear since the election campaign, Mr Robertson said.

It would pay down debt at a slightly slower rate than the previous government, freeing up resources to invest in correcting the social and infrastructure deficits undermining the economy and communities.

"It is important we use this extra revenue wisely and carefully to meet previously unfunded cost pressures over the coming years. But some will be available for the Budget."

Government revenue would increase through changes flagged during the election campaign, and by building on the work done by the previous government, he said.

By investing in Inland Revenue's compliance capability, there would be a greater return generated by ensuring tax dodgers were caught and made to contribute - just as did
all the hardworking New Zealanders who paid tax out of every pay cheque.

Finally, the Government would find different priorities for about $700million of funding over the next four years, Mr Robertson said.

Some of the previous government's policies and schemes did not fit his plans, had not stacked up as value for money, or had not come to fruition.

On Budget day, every investment he would announce was fully accounted for within the operating and capital allowances set with Budget responsibility rules in mind.

"Budget 2018 begins an economic and social transformation that must happen if we are to improve New Zealanders' quality of life and living standards for future generations."