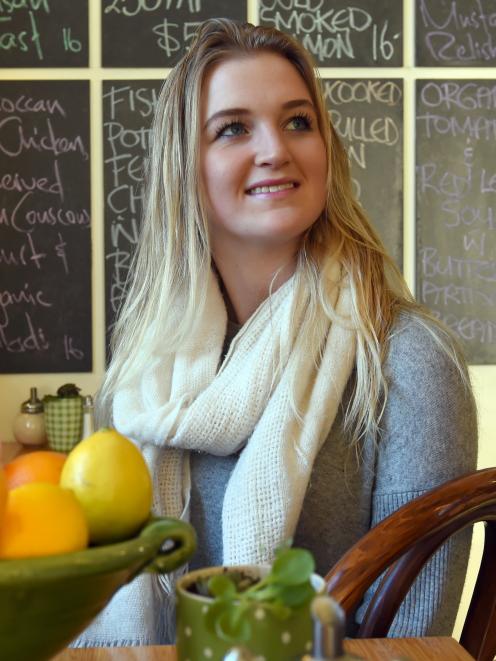 Flatting in Dunedin, the second-year student at the University of Otago noticed how students often did not know what to cook or how much to budget for food each week.

It got Miss Barns Graham (19) thinking how good it would be if there was a website  students could go to that calculated how much a meal would cost.

Her idea,  FoodHub, a food budgeting website,  won round one of this year’s Audacious business challenge.

She was now in the process of transforming her concept  into reality, and her website hopefully would launch in mid-August, Miss Barns Graham said.

The website would include recipes for six to eight people and provide  the total meal cost and the cost of each ingredient.

From Alexandra, Miss Barns Graham is studying towards an arts degree in film and media studies and a commerce degree in marketing.

While she had always had notions of being involved in film production or journalism, she had been finding the business aspect very interesting this year, she said.

She  was immersed in round 2 of Audacious and was loving working on her business idea. The second round of the student start-up challenge was where it got serious,  and workshops covered topics such as business plans, finding finance and legal issues, she said.

Challengers also submit a detailed business plan and pitch their idea to the judges in the Dragon’s Den.

When she saw an advertisement for the Audacious programme, she had been looking for "something else" to do at university "like  a hobby", she said.

Having always been interested in business, she thought she would "tag along" to a workshop and see what it was all about, Miss Barns Graham said.

She found it very interesting, particularly listening to  businesspeople talking about different aspects of creating a business, which was inspiring.

Some students who had done the challenge were already making a living from their ideas, having developed their own companies, she said.She had  already received good feedback from Audacious mentors, who had suggested taking it further than just  Dunedin students.

New Zealand had high rates of child poverty and  such a service could be used to help families make cheap meals, she said.

"I think there’s such a bigger picture than just uni."