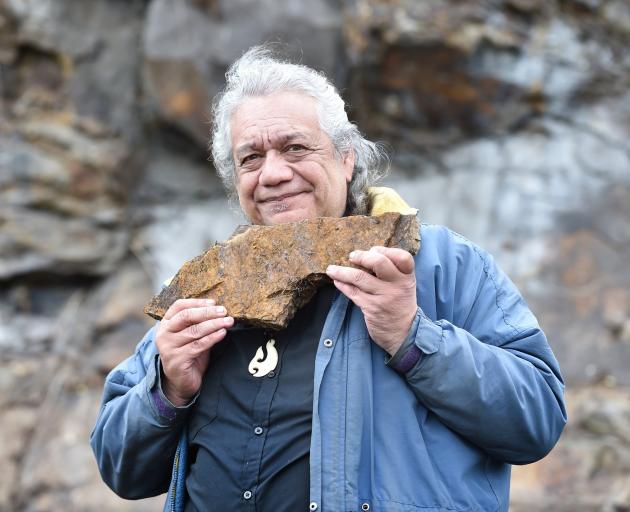 Harry Albert holds a piece of pillow lava found in the rock formations below First Church. He is starting a geotourism business in Dunedin. PHOTO: GREGOR RICHARDSON
There is a rock wall next to a car park in Dunedin that many people walk past without taking a second look.

Harry Albert is in awe when he sees it.

"These are pillow lavas," he said pointing to the circular parts of rock in the wall, which is opposite the Leviathan Hotel at Queens Gardens.

"This is all volcanic. People don’t know this is here. They walk past here and just see a rock wall.

"I walk past here and I see volcanism."

A recent graduate of the University of Otago geology department, Mr Albert is next month opening his new tourism business — Geotourism NZ.

He will take customers on his 28-seater bus to sightsee around Dunedin’s volcanic sequence. 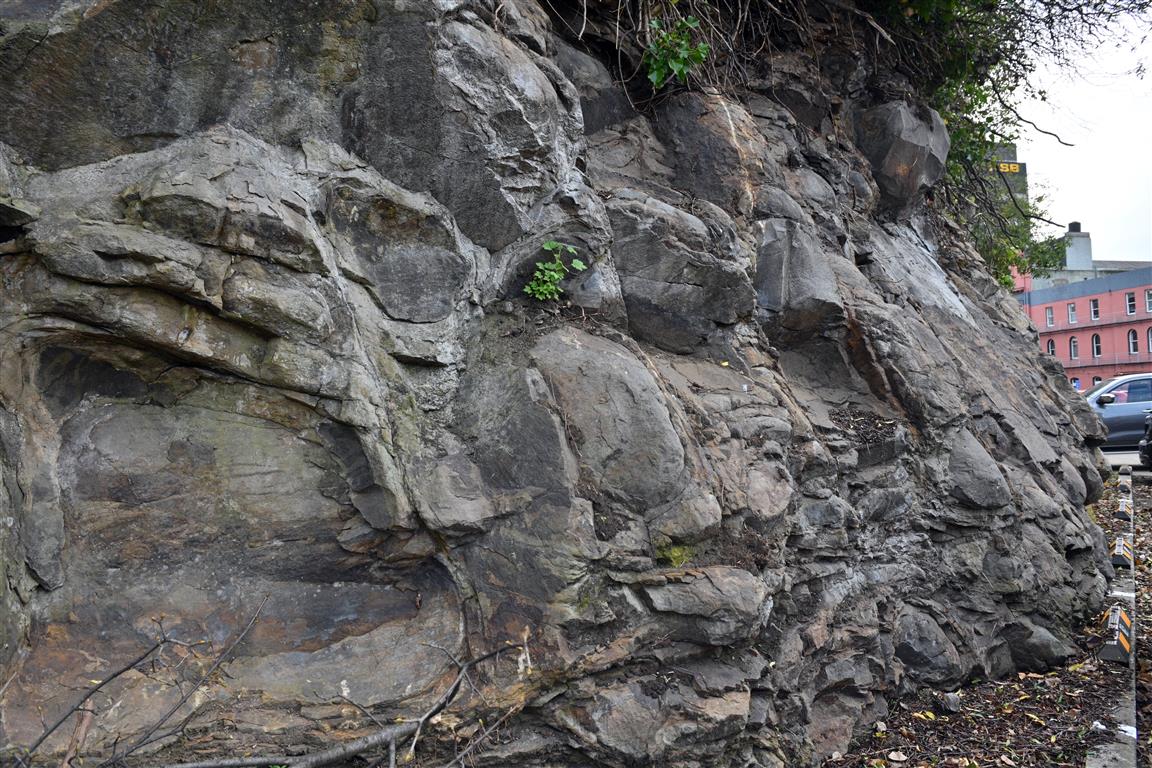 Igneous rock in the car park opposite the Leviathan Hotel in Dunedin. Photo: Linda Robertson
It will include visits to the pyramids near Portobello, a boat trip to Port Chalmers before a trip to Aramoana.

"That piece of rock out there has been studied by the university for well over 100 years," he said.

Mr Albert, who also worked in mining for 25 years, said his customers would be people who wanted to learn more about the geology of their surroundings.

"It’s looking at the aesthetics of where we live," he said.

"And interpreting what you’re actually looking at. We’ve got the heritage side of things, the history, interpretations and don’t forget the people. People used geology in everyday lives."

Mr Albert said he had dreams to expand his tours to eventually cover Central Otago and potentially open up for a South Island-wide, 14-day trip involving international tourists when they were allowed back into New Zealand. 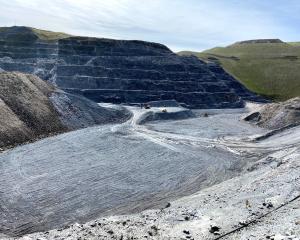 Gives an idea of what Bell Hill
diggers had to contend with.

I am reluctant to be 'woo', but the escarpment, Moray Place, View St, would be 'ley line' in England. Silly England.

Great idea. I biked and drove past this hundreds of times in the 90s and never knew this.