The operation transforms forestry "slash" — low-value stem wood left behind during commercial logging — into alternative fuel for use in industrial boilers that once used "dirty" coal. The biomass products were increasingly being seen as a viable energy alternative, Pioneer Energy contracts and performance manager Richard Ireland said.

Mr Ireland said the final product showed excellent CO2 and sulphur reductions compared with the equivalent amount of coal and was the second-cheapest way of generating heat energy.

"Its environmental credentials make it a popular alternative for schools, hospitals and councils."

It also had comparable running costs "with a delivered energy price of between 4-5 cents per kilowatt".

That compares with about 24 cents per kilowatt for residential electricity users in Otago.

The majority of the harvest slash used at the Dunedin processing hub at Three Mile Hill — about 12,000 tonnes a year — is supplied by City Forests.

"For us it’s a way of dealing with slash from our logging operations while creating energy, so it’s a win-win," City Forests chief executive Grant Dodson said.

Mr Ireland said the 6.8MW coal boiler used to supply heat energy to the University of Otago was a good example of how efficient the wood chip products could be when boiler plant was converted correctly.

"The university boiler, for example, is currently running more efficiently and on lower firing rates then when on coal." 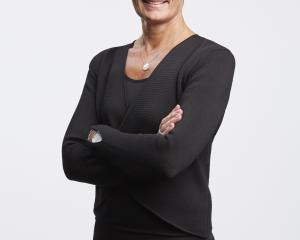