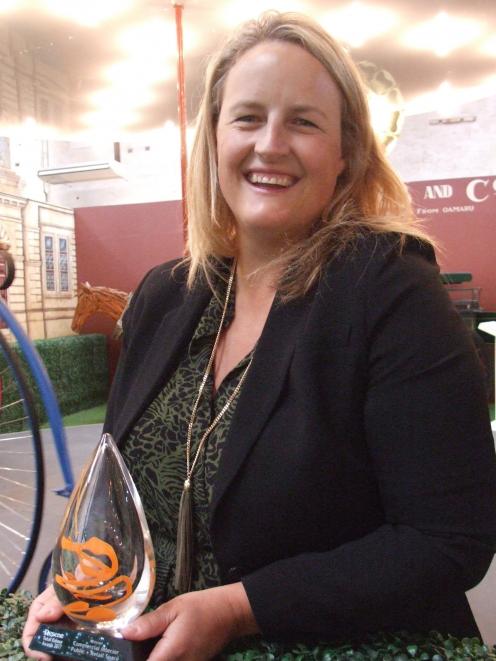 Mrs Berry was presented with the Commercial Interior Public and Retail trophy at the Resene Total Colour Awards in Auckland, attended by 500 industry representatives.

Oamaru-based Design Federation was engaged as the head designer and project management team to bring together the heritage and stories of North Otago into a live interactive experience based in the town’s historic precinct.

The citation said an extensive palette of colours was "carefully wrapped" into the project to celebrate antiquity and support the story telling of history.

"The colour palette brings a richness to the exhibition that couldn’t have been achieved with duller antique shades.

"With such a wide colour range, it would be easy for the elements to compete, but instead they all come together supporting each other, gently evolving as you move through," it said.

Mrs Berry said it was an honour to receive the award. As well as promoting Design Federation on the national stage, it was also promoting the Whitestone City project and Oamaru nationally.

In terms of creativity, it was the biggest project Design Federation had embarked on. The development stage was over two and a-half years, while implementation took nine months.

Colour cues were taken from the environment and the history of North Otago and interpreted in a new way. For each space, research was done to establish what colour was most appropriate in that space, she said.