Winter Warm Up to launch company 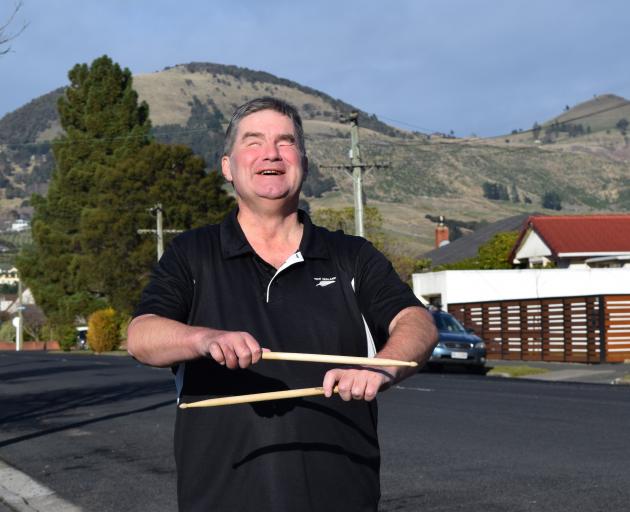 The "Winter Warm Up'' event in Balclutha Memorial Hall was advertised as "a night of music, warmth and laughter''from 7.30pm on Saturday, July 20.

Bartlett, who has been blind since birth, said he would play drums at the concert in a band with Southern musicians including vocalists Heni Landreth, Max McCauley and Ron Mitchell, guitarist Dave Coleclough and Brian Kennard, keyboardist Brendon Burgess and bassist Sonny Ruri.

The idea for the concert was born when Ruri, a Dunedin bassist, visited him in February and dared Bartlett to organise a concert.

Bartlett pondered the idea for six weeks before accepting the dare.

The worst-case scenario would be a large band playing to an empty hall.

The band would play with the same amount of passion if the house was empty or full, he said.

To complete the dare, he began inviting "musos'' from across the South to form The Drewdod Showband.

"The band will be mental.''

The musicians were versatile and could perform a range of styles and would cater for the taste of the crowd.

Bartlett, a former South Otago High School pupil, learned to play drums at the school as a teenager.

He called the school and asked if any pupils wanted to use his event to fundraise.

The senior A netball team, raising money to get to a tournament in Nelson, accepted the offer.

Team members would serve supper for $5 a person.

The crowd in the hall was capped at 300 people.

Any profit from the event would be used to hold a second Drewdod Promotions event at the Taieri Bowling Club in September.

The concert would feature most of the latest Gold Guitar winners and raise money for the Life Matters Suicide Prevention Trust.

A clash with an incarcerated rap collective helped the event promotion company get its name.

He liked the name but discovered American rap collective Stinc Team had the name already.

"They are trying to sing their way out of jail to raise money for their bail so we had to think of something different.''

He was discussing the quandary with a friend in Wales on his ham radio and discovered the Welsh translation of the word stink is drewdod.

"I thought it was quite cool ... would you like to come to a stink event?''

• The $25 tickets for the Winter Warm Up event are available at 100% Johnstone Electrical in Balclutha and on the door.