When Kate Jones saw an advertisement for a job at Oritain, it struck a chord with her.

It involved science work, which was her forte, but it was also "something with a purpose", she recalled. 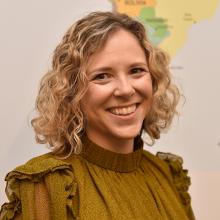 Kate Jones.
The Dunedin-founded company is a product and supply chain traceability specialist, created by Prof Russell Frew and Dr Helen Darling at the University of Otago in 2009. It has been a global leader in using forensic science to determine product provenance.

Originally from North Carolina, Dr Jones came to New Zealand in 2004 for the Study Abroad programme at the University of Otago.

Coincidentally, that was where she met Prof Frew, and also her future husband Philip Jones — who is now exploration and geology manager at OceanaGold’s Macraes operation — and she decided Otago was the place she wanted to come back to.

She ended up doing her PhD in Dunedin on carbon dioxide modelling in oceans, and then postdoctoral study in Tasmania.

Keen to return to Otago, she did not want to continue life in academia and the feeling was "like a blue sky — I could do whatever I liked", Dr Jones said.

Her love of science stemmed from attending a magnet school in the US — a type of public school with specialised courses.

That showed her what science was all about — learning about everything from robotics to genetics and astronomy — and the experience built her passion that science could be "so many things".

She also enjoyed the people aspect of science and being able to communicate it.

Science was still a heavily male-dominated profession so she was very proud that Oritain — which has about 50 staff overseas and about 20 in Dunedin — had a 50:50 mix of men and women.

That mix extended throughout both the Dunedin and European operations and all parts of the business, from scientists to statisticians.

As part of International Women’s Day, Australian fashion giant Country Road released a story celebrating some of Oritain’s female scientists. The company has partnered with Oritain for its verified Australian fibre collections since 2019.

One of the things staff at Oritain were really proud of was that the science team was not only led by women but also majorly made up of female scientists, Dr Jones said.

As the mother of two young children, she was very grateful for the support of her husband and family, and also the wider community where they lived.

Although initially she had felt guilty about asking for help, she had now embraced the idea, and that also meant she participated in her own community.

"That’s been the coolest thing."

Covid-19 had a big impact on Oritain and, at the start of the pandemic, the business — like many others — was not sure what was going to happen. It had a lot of international clients and contracts, coupled with supply chain interruptions.

But with people at home during lockdown, they were shopping and there was a realisation that brands had to differentiate themselves.

Fashion, in particular, was an emotional buy. And as brands were seeing consumers change and look at the origins of products they were buying — along with disruption in the supply chain — Oritain’s value suddenly became very clear, Dr Jones said.

It had been a "phenomenal" year for the company and it continued to be extremely busy. Oritain’s goal was to be the world’s most trusted traceability service provider.

"We support the good guys — that’s a key point of what we’re doing," Dr Jones said.

With a connection to farming, through her husband’s family, who farm near Middlemarch and are well-known wool producers, she knew first-hand how much passion and effort went into producing fibre.

Oritain now was a very international company but it definitely had "humble Kiwi beginnings" and it was not one to shout from the rooftops about everything it was doing.

"I’m so excited about some of the things we’re doing. I think it’s worth celebrating."

"I don't just come to work just for the job, it’s for what we’re doing." 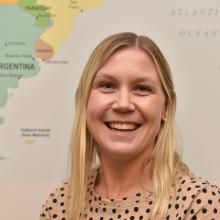 Kate Beck.
Kate Beck is Oritain’s regional head of operations for Australia and the Pacific and her role includes looking after the sample reception department.

"I love what we do. I love coming to work and I feel I’m inputting into something bigger for New Zealand, for everyone ... what we do amazes me," she said.

A Mosgiel girl, Mrs Beck completed a certificate in business administration at polytechnic.

She has now been at Oritain for five years, originally starting as chief executive Grant Cochrane’s personal assistant, and then moving up to her current role.

"I loved working with Grant and getting that knowledge of the business and working closely with him and the board.

"When you work for somebody really good, it helps you stay with the business," she said.

Samples could arrive from all over the world and the days for Mrs Beck and her two "amazing" staff could often be hectic — "we’re running", she said.

The mother of two young children, aged 6 and 2, worked full-time, and she acknowledged she did not want to leave them "for just a job".

It was also "awesome" to work with so many other women in the business.

"People always understand when you’ve got sick kids," she said.

When she was younger, people did not tend to talk about where products came from but, now, they wanted to know.

"It’s very cool and I think it’s what the world is actually coming to. We’re becoming a world of wanting to know more, especially the younger generation.

"This whole business has made me think about what I’m buying and consuming. It does make you think," she said.

She often found herself going into a store and looking at where a garment came from, along with its composition.

In a restaurant, she often asked herself "is it?" when told the origins of a dish.

Developing career and family 'the best of both worlds'

When Lucinda Garside "flew the nest" from Dunedin after completing her school and tertiary studies, she never thought she would return. 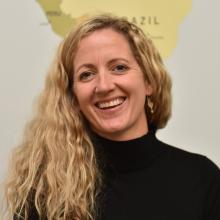 Lucinda Garside.
She lived in Auckland and London and was away for 15 years, working in the fast-moving consumer goods (FMCG) industry.

That included working for Sealord in its graduate programme and then Procter and Gamble, joining in London and then transferring back to Auckland.

However, holidaying in Dunedin, where family still lived, she realised the city afforded a great lifestyle.

With small children of her own and working virtually full-time, she realised she wanted a lifestyle change.

Keen to "get out of the rat race", she and her family shifted south in 2016 and she joined Oritain the following year.

"Essentially, what I do is look after some of our Australian and New Zealand customers which is great because I’m working with these awesome companies who are wanting to do the right thing and wanting to hero ... provenance stories."

Mrs Garside felt very lucky to have worked with some amazing people, especially very influential and successful women, throughout her career.

When she moved to Dunedin, she thought she would probably have to take a step back in her career because she wanted to prioritise her family.

What she had found through working at Oritain was she still had a career and got to work with some amazing clients, but the flipside was she could also be at her children’s sporting events.

Much has changed since Julie Farr joined Oritain seven and a-half years ago. 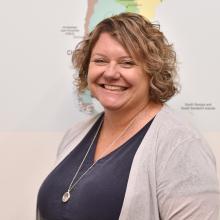 Julie Farr.
Mrs Farr, the company’s office and accounts administrator, knew nothing about the business when she was recommended for the position.

Then based at Invermay, on

the outskirts of Mosgiel, she reckoned there was probably a

team of only five or six, she said.

Watching the growth of the business — including new faces and different countries it had evolved in — and seeing the changes was something she enjoyed, Mrs Farr said.

Originally from Naseby, Mrs Farr worked in the banking sector in New Zealand and Australia for 10 years.

She and her husband own GC Auto in Carroll St, around the corner from Oritain’s premises in High St, and the couple have three teenage children.

Between paying the bills, sending out invoices and reconciling accounts, she was kept busy, she said.

"Then I go home and do it all again [for her own business]," she quipped.

One of the most exciting things at Oritain was the diversity among the female staff, who all led very different lives.

"I’m very lucky. I enjoy the people as much as I do the job," she said.