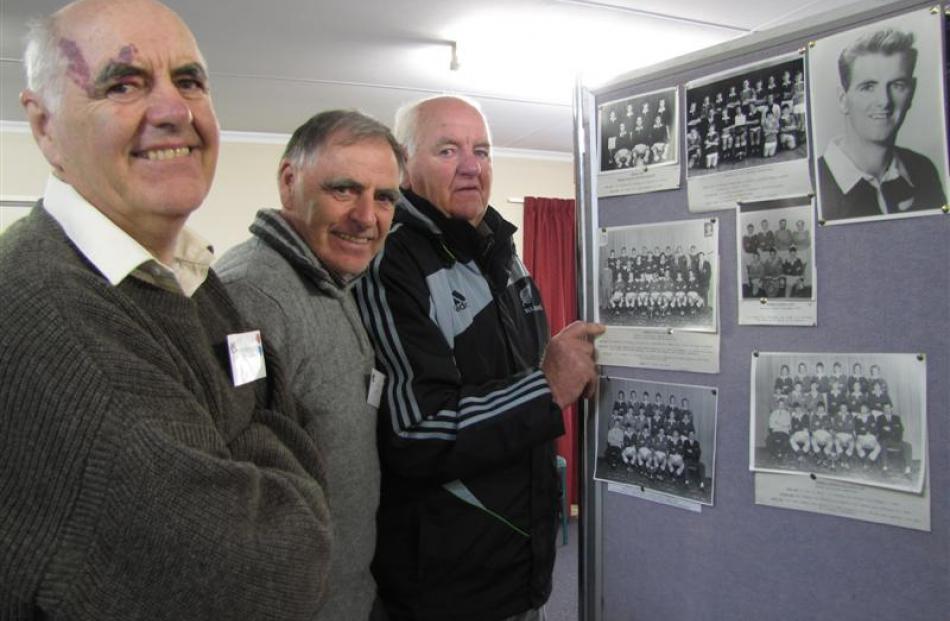 Ritchie, Tony and Don Clark reminisce about their years playing for the Cromwell Rugby Club. 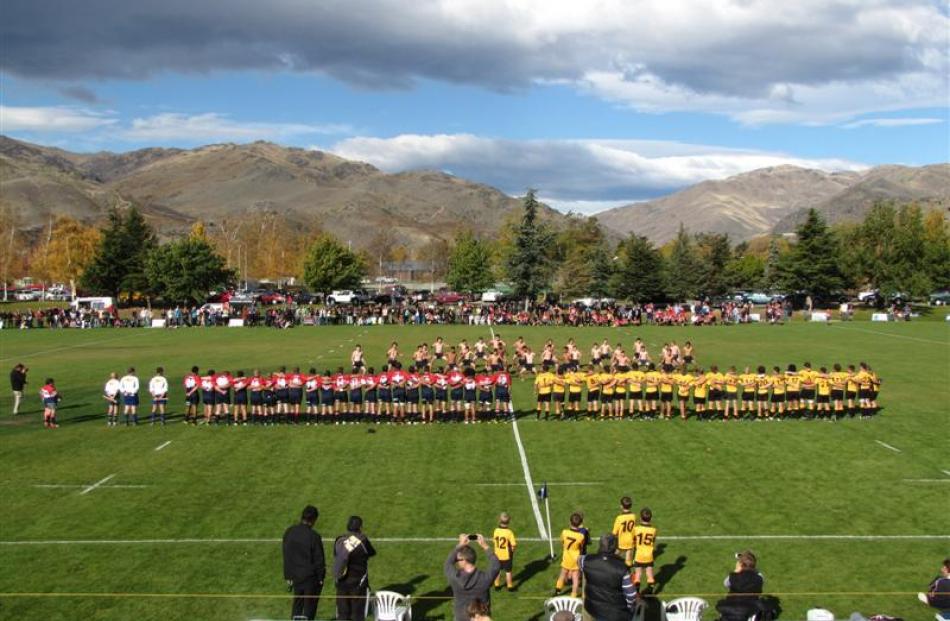 The Cromwell and Upper Clutha premier rugby teams face the Cromwell College haka before playing for the John Scott trophy as part of the Cromwell club's 125th celebrations. The match was won by Cromwell. Photos by Sarah Marquet.

A Cromwell rugby dynasty began just because ''that's what you did''.

Three of the four Clark brothers, the second of three generations of the family to play for Cromwell, were at the club's 125th celebrations at the weekend.

Their father Frank and uncles Ernie and Bartie played for the club and there was no question of whether they, too, would play.

''That's what you did ... It was rugby in the winter and cricket in the summer for boys, and netball and tennis for the girls,'' 1964 All Black Don Clark said.

Growing up in Tarras, Don (73), Tony (66), Ritchie (64) and eldest brother Colin first played for the Tarras school team but, after moving to Bannockburn in 1961, played for the Cromwell club.

''Dad was keen on sports and he carted us everywhere for sport ... it was really the only outlet we had,'' Don said.

Because there was ''only about 10 boys in Tarras'' they also played 7-a-side rugby.

One year their parents teamed them up with the Colling boys, a name that also features in much of the Cromwell club's history, to play in the national 7-a-side competition, which was then played between clubs.

The Clarks and Collings faced Christchurch team Linwood in the finals and won. Attending the 125th celebrations over the weekend gave the men the chance to ''catch up with guys we haven't seen in a very, very long time,'' Tony said.

Don said ''it brings back all the memories of the good times you had with people''.

The three agreed the 1970 team was the best team Cromwell had fielded.

Colin Clark did attend the celebrations, but only yesterday due to other commitments.

The four brothers, along with the Collings, were named in the centenary Cromwell dream team, picked by a panel in 1988.

Trevor Leyser was also named in that dream team and has been instrumental in arranging the 125th celebrations.

He is also the club's longest-serving living member. Not too long ago he had been worried about whether enough people would turn up for the weekend as registrations had been slow.

However, ''it was a full house Friday and Saturday nights'' he said yesterday.

Earlier on Saturday, Cromwell teams of all ages played against Upper Clutha, with Cromwell winning the feature match.

The weekend's festivities concluded with a family barbecue in Anderson Park yesterday.