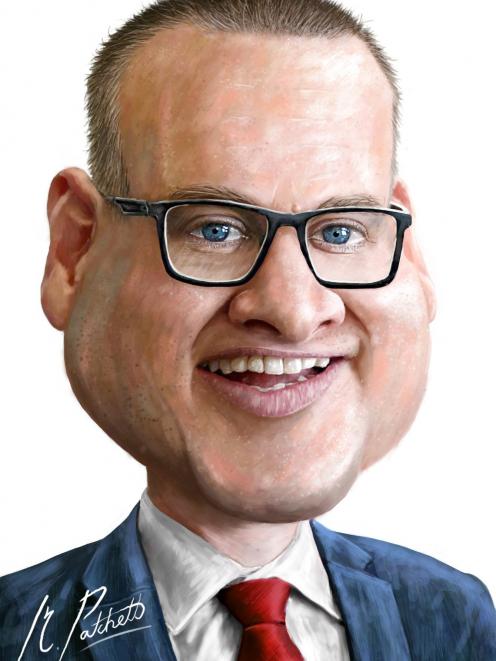 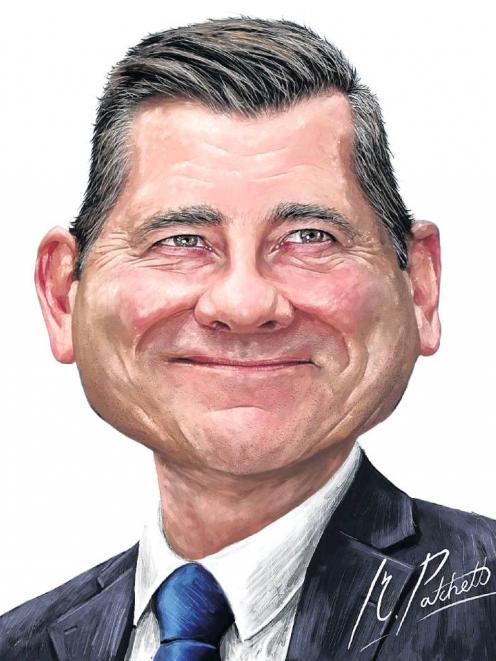 However in politics, a field which Aristotle knew a thing or two about, it is the reverse - a vacuum is terrific, as the absence of information allows a politician free rein to fill the void themselves.

Dunedin-based National list MP Michael Woodhouse grabbed that chance this week, when he picked up a pen and envelope and did some rough calculations on the back as to how large district health board deficits were.

This is something we used to know - the Ministry of Health published monthly financial performance reports on its website.

But - with little explanation - the practice stopped in June 2018.

It was a very large number then, and Mr Woodhouse firmly believed it was an absolutely enormous number now.

Half a billion dollars in fact, according to a press release on Monday - that's enough zeroes to get some attention, which was obviously the object of the exercise.

Drill down a little and the number was not based on rock solid footings - two DHBs had predicted that their deficits would double, so if you assumed all 20 were in a similar situation well, what do you know, half a billion dollars.

But - and here's that vacuum thing again - in the absence of information, Mr Woodhouse's accountancy stood without rebuttal as the likely state of affairs.

With DHB deficits having roughly doubled to $240 million in the previous financial year, he might even have been in the ballpark.

Hence on Tuesday, in his speech in the debate on the Prime Minister's Statement, Mr Woodhouse repeated the half a billion dollars figure, adding for good measure that the health system was in complete disarray.

Ironically, Health Minister David Clark might agree with that, in part - but only so far as to repeat his familiar refrain that Labour is making up for "nine years of neglect'' under National.

Anyway, Dr Clark is sharp enough to know that if his Dunedin North rival was left alone long enough to repeat himself a few times more, that his numbers would become the accepted version.

Hence, by Thursday, the Ministry of Health monthly financial performance reports - which various journalists have been requesting for months now - suddenly emerged, along with a press release which put the actual combined deficit number at around $346million.

Cynics might suggest the announcement coming out just before the release of the tax working group's report was not entirely coincidental.

Dr Clark could hardly claim Mr Woodhouse was wrong and scaremongering as his basic premise - that the deficits were considerably higher - was essentially on the mark.

Dr Clark could however - unsurprisingly - blame National's underinvestment for the problem.

Health always takes a large slice of the Budget - something Dr Clark will be acutely aware of as he is also associate finance minister.

This year has been labelled by the Prime Minister the year of delivery - but greater DHB deficit support probably was not one of the things she intended to trumpet as a symbol of that.

Finance Minister Grant Robertson has deemed Budget 2019 the "Wellbeing Budget'' - a "big, bold change'' in the way the country's success is measured.

Again, how big and how bold is funding DHB deficits?

It has to be done though; New Zealanders expect a top-notch health service, and it costs money.

As Dr Clark noted, the biggest driver of health board deficits is increased staff costs, and few would argue the doctors, nurses, and the other staff needed to keep the health system functioning should not be paid appropriately.

The challenge for Dr Clark as Budget day, May 30, approaches, is repackaging the ordinary cost of the business of providing a health system as being something the Labour-led Government has delivered, to enhance the nation's wellbeing.

By May the Government will be halfway through its term, and there is only so long the electorate will accept the argument that anything which seems wrong is the fault of the previous Government.

Just last week Speaker Trevor Mallard congratulated Leader of the House Chris Hipkins for responding promptly to his directive that the backlog of written questions from Opposition MPs be dealt with as soon as possible.

It would be a touch too early to relax yet though ... this week 1969 written questions were lodged for answer - 389 of them from former National Dunedin South candidate and now list MP Jo Hayes.

As predicted in last week's column, Invercargill National MP Sarah Dowie has indeed been especially vocal in the past seven days, championing the Southern Institute of Technology in the wake of the Government's proposed reform of the vocational training sector.

One thing in particular she has demanded is that Education Minister Chris Hipkins come to town and explain himself.

Last Friday she wrote him a letter - one cheeky poster on her facebook page suggested texting him might be a better option.

Later that night Mr Hipkins posted on Ms Dowie's facebook page that he would indeed be coming to Invercargill, adding on Twitter that he had already been booked to visit SIT before the announcement.

But when Chris, Ms Dowie asked this Thursday ... when?

As yet he seems not to have replied, leaving the dateless Ms Dowie sitting waiting with her diary.

So I'm trying to figure out who the reporter is trying to attack in this 'article'.

Maybe neither. Could be reportage. Remember reportage?