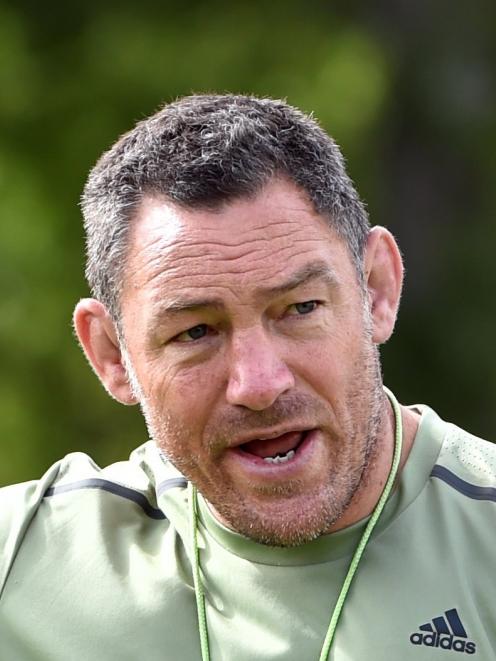 The Highlanders followed a tense win against the Chiefs with a squeaky victory over the Reds.

All is well, really. Two wins from two games and eight points in the bank. That is a lot more than New Zealand's most hyped team, the Blues, or the underperforming Chiefs have managed.

But Highlanders assistant coach Mark Hammett is not content with the way his side has been playing. He is also of the opinion the Dunedin-based team will need to lift its game for what shapes as a difficult fixture against the Rebels in Melbourne on Friday night.

"We're happy with the eight points but we're way off where we know we can be,'' Hammett said.

"The attitude is exactly where we want it to be. It is just around our implementation and skill sets [where] there is still lots to work on, as you would expect.''

One of the areas the Highlanders will need to work on is their lineout communication. The message did not always get to the right person and they conceded some cheap possession on Friday.

"We're pretty happy with our defensive lineouts but attacking-wise we got a bit of a lesson in terms of some of the calls with the noise in the stadium.''

The Reds also exposed a few holes in the Highlanders' defensive line. It felt like tackling was optional as times and Hammett acknowledged the team would be brushing up on its execution in that department.

"We were happy with our structure. But that was where we only felt we got it half right.

"We knew where we were going but we didn't hit the fire button. There are obviously some individuals who will be disappointed with one-on-one missed tackles.

"That has been a big focus for the early part of our week.''

The Rebels had a bye this weekend but started with an impressive 34-27 win against the Brumbies in Canberra, which is not an easy place to win.

The Brumbies bounced back with a huge 54-17 win against the Chiefs. Those couple of results have the Highlanders spooked just a little. There is a feeling the Australian teams are not the pushovers they have been.

"They are a well-coached side. Watching them, they are well drilled. They have a lot of innovation and changes to their attack.

"But it is something we can look after if we get our defensive systems right.''

Midfielder Rob Thompson injured his ankle in the 36-31 win against the Reds. He was due to have a scan yesterday and may sit out Friday's match.

All Black fullback Ben Smith looks poised for a rostered rest. Back-up fullback Josh McKay fronted for the press conference which suggests he might get the start ahead of Smith.

Liam Squire has a niggly hip issue and is a "day-by-day'' prospect.

Most of the players who have returned from playing rugby in Japan are available. Lock Tom Franklin and loose forward Elliot Dixon are available, but utility back Richard Buckman is another week away. Marty Banks has already seen action this season.

Not ideal putting out a weakened team for a tricky away match, but still enough talent to do the job