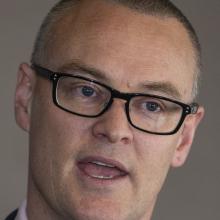 David Clark
Health Minister David Clark has finally signed off the Southern District Health Board's annual plan, but only after issuing another stern warning that he expects the organisation to lower its deficit.

The plan - a requirement under the Public Health and Disability Act - is for 2018-19, but was only signed off last month.

In his letter of approval Dr Clark said he had been clear to all DHBs that he expected a financial performance which improved on 2017-18, and he was concerned that this expectation would not be met.

"It is important that DHBs are doing all they can individually and collectively - both regionally and nationally - to live within the funding provided,'' he said.

"I note your DHB has planned significant deficits in 2018-19 and in the coming years.

"I encourage your board to consider appropriate activities to ensure that you reduce the projected deficits in the coming years.''

The SDHB's projected deficit for 2018-19 was $22.3 million - nationwide, figures released a month ago show DHB deficits are $346 million.

Dr Clark said with the rebuild of Dunedin Hospital about to begin, it was important the DHB reached a sustainable financial position as soon as possible.

"This will require a concerted effort and I trust that you will continue to work with the Ministry of Health to evaluate and improve your financial performance.''

Ministry of Health officials have already been brought in to help the SDHB develop a financial recovery plan.

Dr Clark cautioned that while the SDHB's annual plan included planned service reviews, approval of the annual plan did not mean he approved of any service changes which had not been approved by the ministry.

"Approval of the plan also does not constitute approval of any capital business cases that have not been approved through the normal process.''

In their foreword, SDHB commissioner Kathy Grant and chief executive Chris Fleming said the southern district was a ``vast and demanding'' landscape.

They said the SDHB had lacked a roadmap to take it from its present diverse operations to an integrated health system set us up for the future, but developing its Primary and Community Care Strategy and Action Plan last year was a major step forward.

"This 2018-19 annual plan centres on taking steps towards implementing this Strategy and Action Plan.

"In doing so, we welcome the additional support for primary care in the recent Budget, supporting those at risk to seek care early, and in the right place.

"We will also continue to build on the wider priorities of recent years, to ensure a transformed health system is built on a solid foundation.''

In the year ahead, the SDHB intended to focus on improving patient flow through hospitals, improving access and reducing waiting times for acute cases, improving services in the Queenstown Lakes area, and delivering the Detailed Business Case and Implementation Business Case for the new Dunedin Hospital, they said.

So nothing from the Minister of Health about meeting the health needs of the people of Otago and Southland? Nothing about MOH reviewing the funding model so the SDHB is actually funded to deliver a decent service to its people? Shame on you Minister. Or maybe you have some hopes and prayers for us instead?