900 dams to be under scrutiny 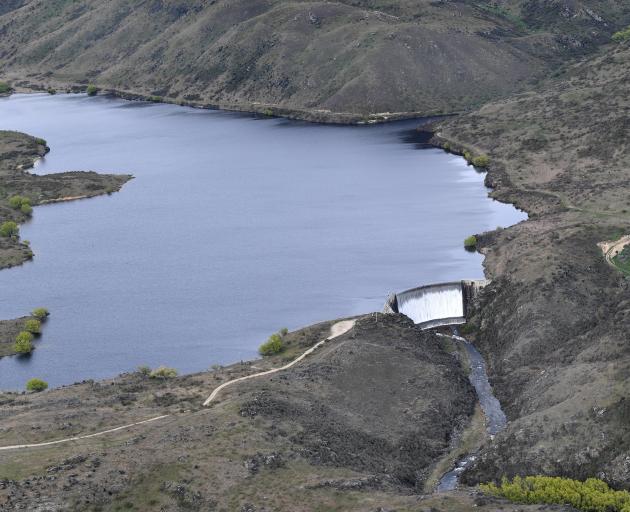 Frasers Dam, west of Alexandra, was built in 1935, as part of a government irrigation project during the Depression era. Photo: Stephen Jaquiery
More than 900 dams across New Zealand, including hydro, mining, water supply and farming, are to be scrutinised for proposed new safety regulations.

Of more than 3284 dams across New Zealand, at least 903 will meet the threshold for investigation, while 1562 are too small and the balance of 819 will probably have to be assessed for classification.

As of April last year, there were an estimated more than 3000 dams whose height and volume data was incomplete.

Ministry of Business, Innovation and Employment building policy manager manager Katrina Quickenden said the proposed regulations would introduce a nationally consistent approach to dam safety, to protect people, property and the environment from the potential impact of a large dam failure.

''There is currently no national level dam safety scheme in force in New Zealand to ensure that dams are well maintained, regularly monitored and that the potential risks of dam failure are reduced,'' she said in a statement.

If a small dam has been altered to increase capacity, that may trigger the need for a retrospective building consent.

Federated Farmers Otago president Simon Davies did not dispute the need for dams to be safe, but he predicted achieving that compliance would come at a ''significant cost'', given the cost of engineers' reports could be as much as $10,000.

The proposal includes the need for engineers' reports on dam audits, classification, compliance and reviews.

''With the 100-day [holding] requirement many will find themselves in that [above minimum] level,'' Mr Davies predicted.

Minister of Building and Construction Jenny Salesa said as with all buildings, dams had to be safe, durable and well maintained.

''The impact of dam failure can be immense.

''There is a potential for loss of life, damage to property and damage to the environment,'' she said in a statement.

Ultimately, regional councils will monitor and enforce dam compliance, including holding a register of dams, approving or refusing dam safety assurance programmes, or developing dam safety policies, including for dangerous or earthquake-prone dams.

The consultation document stated ''There is a lack of certainty about what ongoing safety-related assurance activities owners of dams are required to carry out''.

The New Zealand Dam Safety Guidelines did not recommend inclusion of the effects of climate change, as understanding those effects '' was considered to be in its infancy''.

''However, knowledge on the effects of climate change in the estimation of extreme flood events is an area of rapid progress,'' the consultation report noted.

Submissions are open until early August.

Before the safety at all costs mob run riot and impose another major cost on business and local government, can anyone show an example of a dam failure in New Zealand in the past 30 years or so? Are we once again trying to fix a non-existent problem? To no real benefit other than making work for government inspectors and engineers.