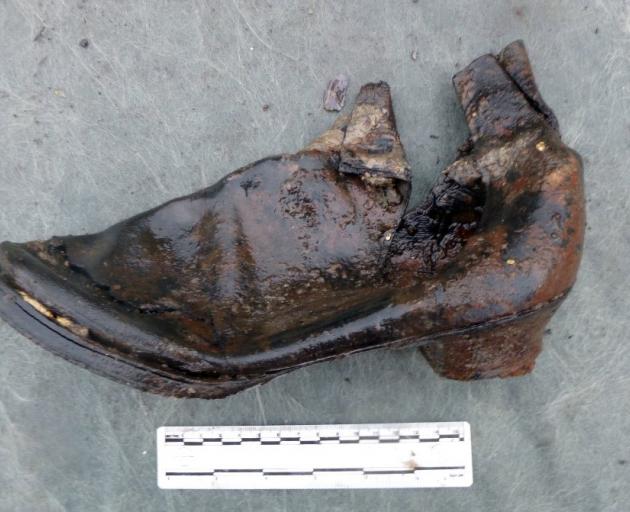 This old boot emerged from an archaeological dig at the former Cadbury car park site, in Dunedin. PHOTOS: SUPPLIED
This boot was made for walking, but not, in those days, towards a chocolate factory. 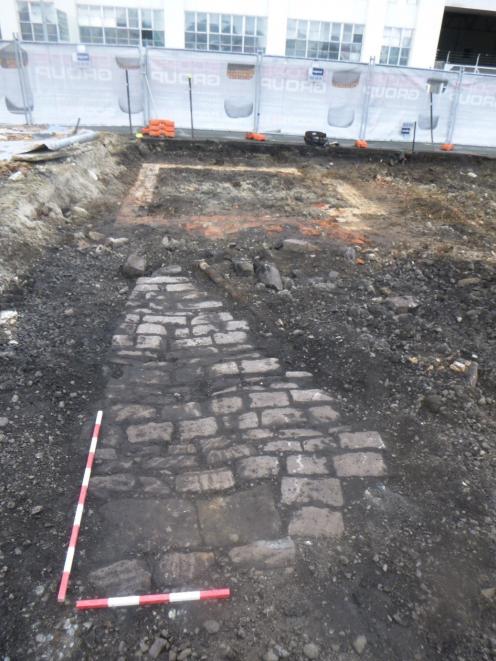 Bluestone paving emerges from the archaeological site.
Some digging has recently been done at the old Cadbury car park, on the corner of Castle St and Bow Lane, Dunedin, and some interesting items were found near and beneath the foundations.

Among the finds: one sizeable boot, believed to be from the 19th century, as well as ceramic and glassware items, and a bluestone pathway.

The excavation was required in order to remove concrete slabs to prepare to accommodate contractor vehicles and equipment to be used in later demolishing the nearby former Cadbury site.

This work will, in turn, make way for the planned new Dunedin Hospital.

Most of the items found were under some wooden foundations. 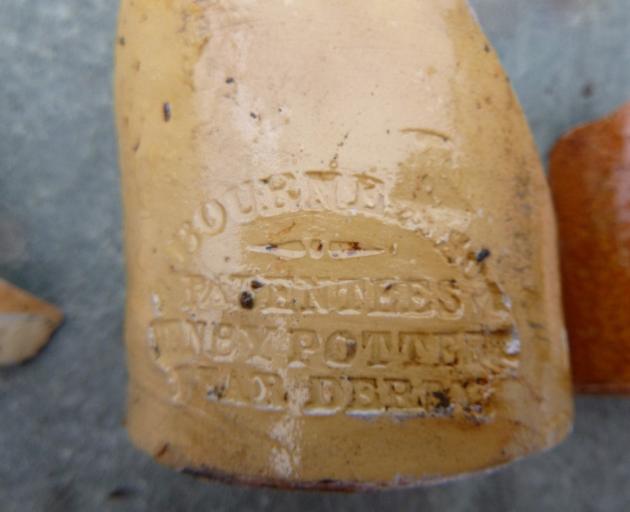 An old container found at the site.
The boot and a smoking pipe's bowl were found among a second, smaller deposit of items at the car park's northern section.

The excavated area was previously registered as an archaeological site, and the digging has been monitored by Underground Overground Archaeology, a firm of archaeological and heritage consultants, headquartered in Dunedin.

Archaeologist Dr Hayden Cawte, who oversaw the excavation for the firm, was surprised by the level of preservation of the artefacts and brickwork.

"With the foundations, you don't often see that level of structural detail, and the ceramic artefacts were in great condition," he said. 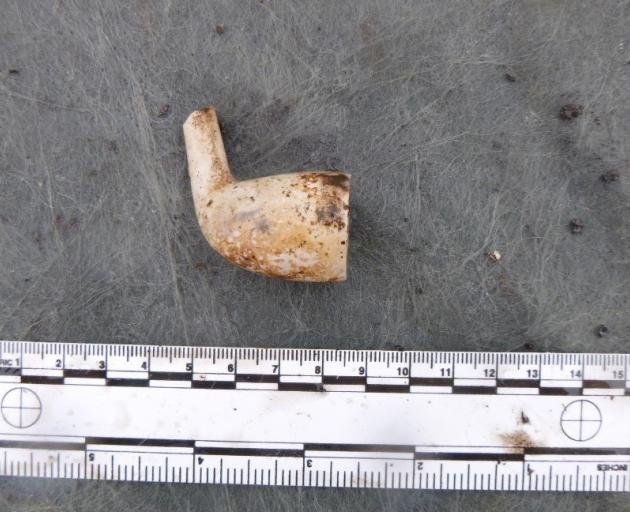 An old smoking pipe bowl found at the north of the Cadbury car park site.
"It gives more insights into how areas were occupied and how they were used in the 19th century."

The former car park had been an industrial area, which was home to coal sheds and a soap works in the 19th century.

And the various bluestone and brick-paved areas and a paved drainage trench showed the way efforts had then been made to improve a reclaimed harbour area that was initially boggy.

Several glass bottles and ceramic artefacts were found, including a stoneware bottle from Derby, England, and a container of Holloway's ointment, once marketed as a "cure of gout and rheumatism". 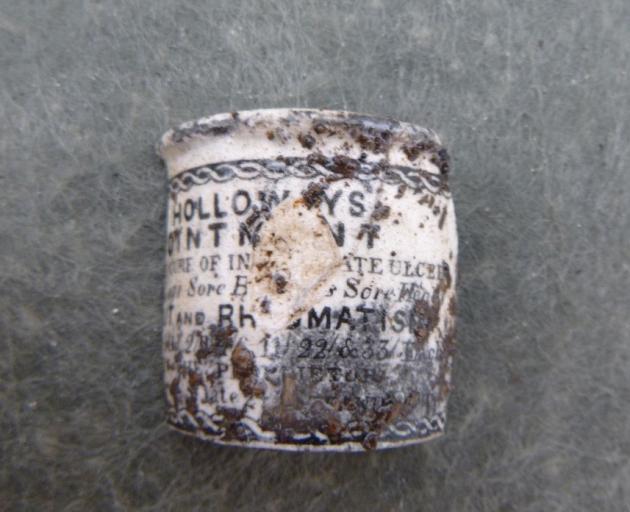 A Holloway’s ointment container, which could be from the 1860s.
Similar Holloway's ceramic containers date back to the 1860s.

The amount of material that had been found was significant, given the relatively shallow excavation.

"It hints at the opportunities that are going to arise with the work that's going to be undertaken on the main hospital site," Dr Cawte added.

I have to laugh at this didn't read this story but it is a just a token, if the council / Government was serious about this as they appear in other things, the hospital would be a. delayed b. the site moved. but it appears that this part of Dunedin and NZ history is not considered important, Go to the Rocks in Sydney and look how they preserved part of the area.