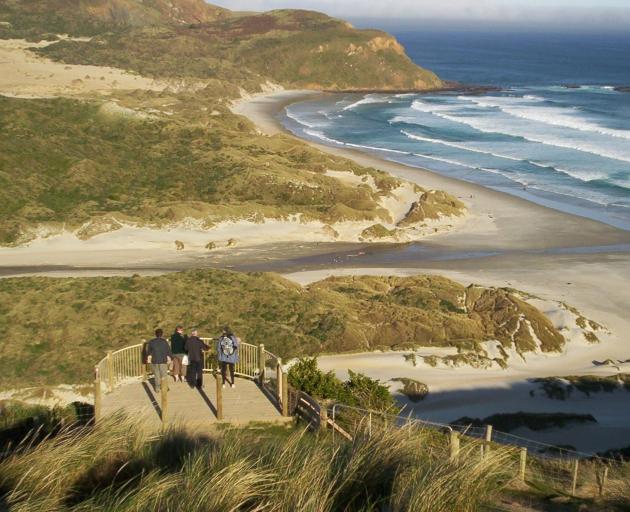 A police spokeswoman said a Highcliff Rd resident called about 7.15am when they thought they saw a flare in the Sandfly Bay area. Photo: Allied Press files
A bright "orange and green" shining light over the Otago Peninsula has sent emergency services scrambling.

A police spokeswoman said a Highcliff Rd resident called about 7.15am when they thought they saw a flare in the Sandfly Bay area.

"Maritime put calls out, but there were no boats on the water and no calls [for help] had come in through their system.

"We put all the calls out, but obviously to no avail."

The search was called off after there was mention that it could have been a meteor, she said.

"It’s very possible, but that hasn’t been confirmed. So we’re not sure exactly what this person saw."

The light was seen across Dunedin and as far away as Balclutha.

A Dunedin resident described it as being "green with orange burn".

It appears the shining light was seen across New Zealand, with many people reporting seeing a "meteor" streak across the sky as they made their way to work.

Sightings from across the South Island and Wellington were reported on Weatherwatch.co.nz, with users describing a "very low fireball or meteor" in the sky.

Witnesses remarked on the "very eerie" bright light, which flashed green as it burned up.

"Then it turned bright green then disappeared. It was very eerie but fascinating at the same time."

"At 7.10am when I was delivering my neighbour's paper I saw a very bright white light speeding through the sky, stopped me in my tracks," one witness said.

Saw this walking the dog this morning. Was a few kilometers up. Looked like possibly a satellite burning up as it had various colours as it burnt and then a grand finale bright white. The various materials and metals maybe emmitting the different colours at flash point? Whole scene lasted maybe three seconds.