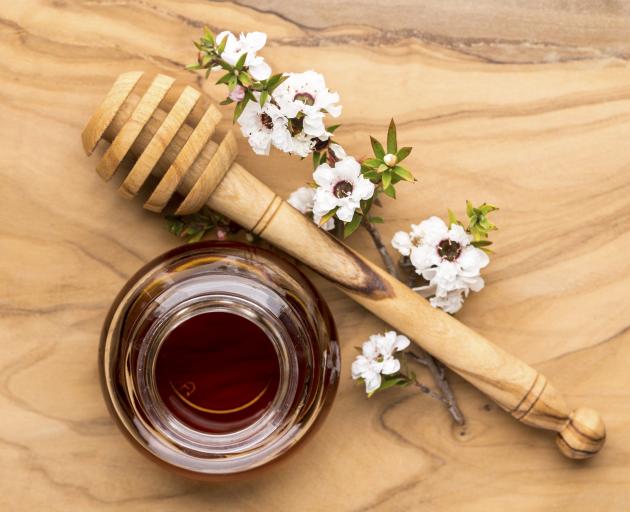 The New Zealand Government and the manuka honey industry are in a battle to trademark the word ‘‘manuka’’. PHOTO: GETTY IMAGES
People often ask me how I fit in writing these columns — my answer is that you always find the time for doing something that is important to you or that you enjoy.

I always appreciate getting reader feedback — sometimes disagreeing with my opinion, which means I have rethought my stance. Often, I get feedback from people far more knowledgeable than me, which has extended my insights.

I learned from feedback to my last column that there is an international debate around cinnamon naming and supply. This made me think more about the origin of food and how much we don’t know about what we eat and the people who grow it.

Cinnamon is among the world’s oldest known spices. It is produced from the dried inner bark of several tropical evergreen trees of the genus Cinnamomum. The two main types of cinnamon available are Ceylon and cassia.

The Ceylon cinnamon, also known as "true cinnamon", is obtained from Cinnamomum verum and is cultivated in Sri Lanka, whereas cassia cinnamon has several origins — Chinese cassia (Cinnamomum cassia, Cinnamomum aromaticum) from southern China, Burma and Vietnam, and Indonesian cassia (Cinnamomum burmanini) from Indonesia and Sumatra.

There is concern about the levels of a compound, coumarin (benzo-a-pyrone), in cassia-sourced cinnamon — coumarin is hepatotoxic and may have negative effects on human health. Ceylon cinnamon is pricier than cassia cinnamon, and has much lower coumarin levels. There is a move from Sri Lankan growers to protect their "true cinnamon" and differentiate it as a higher-quality, more healthy product.

Origin, unique attributes and authenticity are hugely important to consumers and growers. Many of us are familiar with the story of Champagne, which was accidentally developed by cellar master Dom Pierre Perignon, who was trying to solve a problem of exploding bottles and in doing so discovered a liking for the bubbles.

Champagne took the world by storm and wine producers everywhere started branding their sparkling wines as champagne, until the French took ownership. Now anything labelled Champagne must be from that region.

In New Zealand, we have our own battle with manuka honey. Manuka was nicknamed "tea tree" by English settlers for the fragrant infusion made from its leaves. Its Maori name has a long tradition — Manuka was the name of an ocean-going canoe that brought Maori people to New Zealand in the 13th century.

The manuka tree is considered Maori taonga, a treasure with deep cultural meaning. It has long been used in Rongoa Maori, the traditional Maori healing system, which encompasses herbal remedies, physical therapies and spiritual healing.

In Rongoa Maori, manuka has been used to treat rheumatism and ease childbirth. Leaves, seeds and bark were also used as poultices and ointments for skin and muscle inflammation — a herald of today’s medical application of manuka honey.

In the 1980s, New Zealand scientist Dr Peter Molan was credited with discovering one of the bioactives of manuka, methylglyoxal (MGO), which has antimicrobial and anti-inflammatory activity that leads to increased wound healing.

The battle we have is with the Australians, who claim the manuka plant is native to Australia and seeds were blown to New Zealand from Tasmania. The New Zealand Government and our manuka honey industry don’t agree and there is a battle to trademark the word "manuka".

Our challenge is that Australian and New Zealand manuka honey are indistinguishable. The Australians’ case is hampered by the fact the word "manuka" is clearly te reo.

The Australians argue if there is a macron above the "a", it’s a Maori name and that they should be able to sell their honey as manuka, without the macron.

That feels a little disingenuous to me. I am sure there would be no argument from Kiwis if the Australians were to brand their manuka honey as tea tree.

As consumers demand stories of origin and connection with producers, I expect we will see more of these battles.

In general, I side with the original growers, be they cinnamon plantation owners, wine makers or healers — big food companies tend to monetise what they can, using stories as their own, often at the cost of the growers.

As a country of growers, we have to learn to protect the products and brands we have — as Zespri has done so well.

It’s time for the new wave of products — watch out for kawakawa, rewarewa, kanuka and horopito as well as specialised livestock and horticultural products on the international stage. The real battle is for the hearts and minds of the consumers. We have many more great stories to share. Learn broadly so you can do your job well, whatever it is

The problem with our brand is intrusive weedkiller: Monsanto, roundup, being sprayed in beekeeping country.