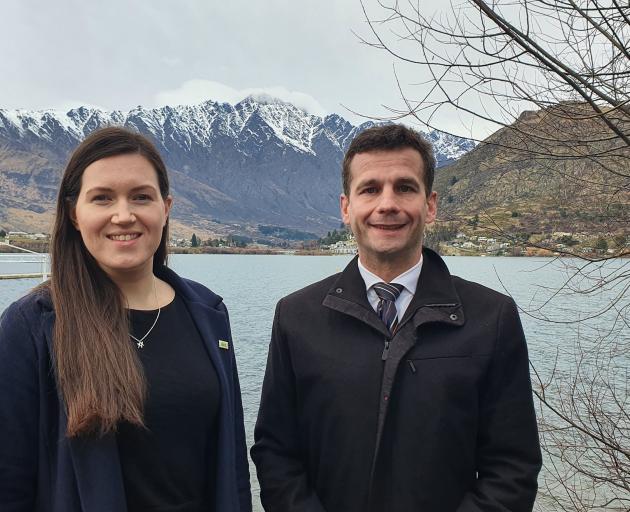 Act New Zealand deputy leader Brooke Van Velden and party leader David Seymour in Queenstown earlier this year. PHOTO: MOUNTAIN SCENE
Tuesday's report in the Otago Daily Times that Act New Zealand was considering setting up a southern base following its record party vote return in the 2020 election was, predictably, greeted with some scepticism on the newspaper’s facebook page.

"They are getting a bit carried away. Will be in the back row for 3 years!!!" was one comment which captured the general mood.

However, Act is decidedly not getting carried away.

It made astonishing gains this year and as a party which has had just the one MP for the past six years it has no intention of throwing those gains away through neglect.

That Southland figure is all the more remarkable for the fact that Act’s candidate left the party soon after securing the nomination and stood as an independent in Invercargill instead.

Even without a candidate in Southland, or in Invercargill for that matter, Act secured a combined 7841 party votes in the two electorates.

Yes, much of that vote was almost certainly National voters who, for whatever reason, could not stomach voting for their regular party, but some of that vote will also have been a conscious decision to vote for Act.

Those vote tallies are too large for them to simply be a protest vote against National’s political mismanagement, or to be New Zealand First voters looking for a new home.

Party leader David Seymour was very good in the House over the past three years, and his shepherding through of the End of Life Choice Act and forensic opposition to firearm reform will have played well to very different audiences.

The party’s rural spokesman, Mark Cameron, is an actual farmer whose authenticity appealed to country voters, and it also did Act no harm to have environmental engineer Simon Court in an electable position on its list — the party’s opposition to freshwater regulation reform, another rural vote catcher, came from an informed position.

Act Christchurch East candidate Toni Severin, is originally from Southland and prior to her election on Saturday from number 9 on the Act list she was the South Island representative on the party’s board.

As the closest MP geographically to the electorates south of the Waitaki, Ms Severin will be expected to keep the Act flag flying for its new faithful.

Mr Cameron, who farms in Ruawai in Northland, is going to have to get someone else to milk his cows, as Parliamentary recess weeks will require him to make rural road trips to stay in touch with Act’s new country constituency.

National might well expect to regain much of its bedrock support in three years’ time, but it cannot take that for granted — Act and its 10 MPs have no intention of surrendering it meekly.

All parties were closely watching their party vote percentage on Saturday but none more so than the Green party, for whom 5% is the existential key . . . although maybe not for much longer, if Chloe Swarbrick can cement her election-night position as the MP for Auckland Central.

Dunedin (or Dunedin North, as was) has always been a key seat for the Greens, who maintained that primacy through a successful local campaign.

While gaining some solid left-leaning votes from the Peninsula helped, as did the nationwide leftward swing, picking up almost 2000 party votes more than in 2017 was a triumph for local Greens who lack a figurehead MP to raise their profile.

However, region-wide the Greens did not have as strong a night as the party might have expected.

Its vote in Taieri was down on 2017, although boundary changes and strong support for Labour candidate Ingrid Leary were probable factors there.

The Green vote also declined in Waitaki, and held steady in Southland and Invercargill.

Those figures will have left southern Greens wondering whether they have hit the ceiling for local support, or if there is more they can do to grow their party vote tally in 2023.

Hat tip to Dunedin Labour MP David Clark’s data analyst John Holmes, who predicted to this reporter just before 8pm on Saturday night that Labour would win the party vote across the whole South Island.

It seemed a far-fetched claim, but the next day when the ODT did the numbers he was indeed spot on.

The only MP south of the Waitaki to lose their seat last Saturday was New Zealand First list MP Mark Patterson.

The Lawrence farmer has been a steady and pragmatic voice for the Clutha Southland region for the past three years, having steered a local Bill through the House, secured Provincial Growth Fund money across the region, and fought vigorously for Mataura residents over the dross storage issue.

"I’ll retreat to the farm, pick myself up and see what the future brings," Mr Patterson said, as he signed off to his supporters for one last time. 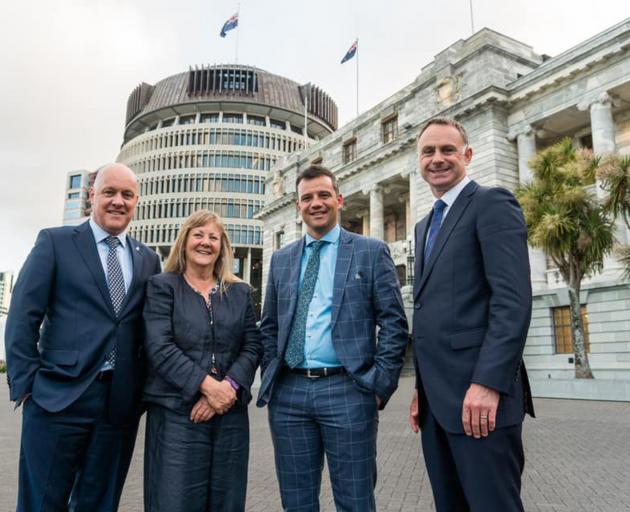 "I’ve put over 18,000km on my truck, broken two pairs of shoes, flown more kilometres, driven a tractor from Gore to Invercargill and back, helped make food for our snow-struck farming community, helped tail lambs, and jumped out of a plane from 15,000 feet."

But he made it.

ACT will continue to grow and eventually surpass national. National and labour are morphing into the same party with cartoon like characters used to represent good and evil. Fluff feed to the sheepeople to keep them happy. ACT represents real change and opposition to the status quo.its only a matter of time until people wake up and reject the two do nothing parties!

The warning signs were there for National with much commentary calling them "Labour Lite" . In the end why vote for "Labour Lite" when you can vote for the real thing. To the right voters decided that ACT or the New Conservatives are a better fit. Jacinda has handled various crises well but her management of other areas has been very poor so we can't be certain she can do very little and cruise to victory for years to come.

New National Southland MP Joseph Mooney is living proof that you can not trust National with the environment. Agriculture and transport are NZ's two biggest polluting sectors, yet he feels his huge carbon footprint and the mutilation of sheep is something to be proud about.