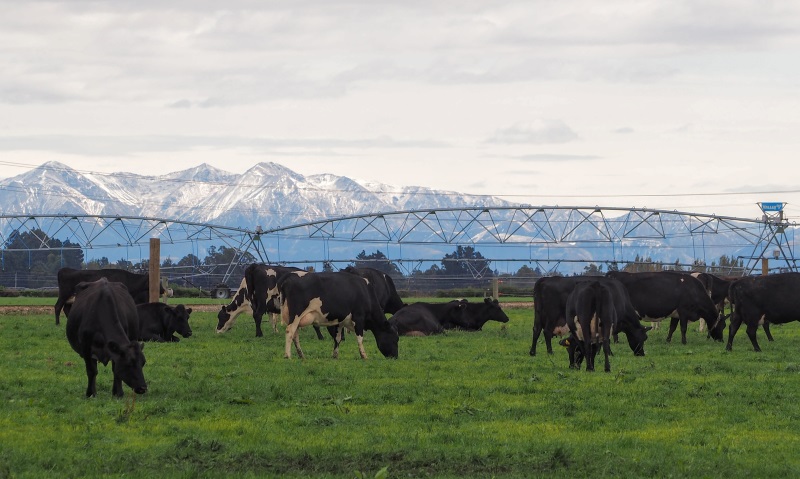 The influence of intensive dairy farming on human health is under the spotlight for its role in the issue. File photo
Otago and Southland water supplies could contain levels of nitrates that international research has linked to a risk of bowel cancer.

And with Southerners facing some of the highest rates of bowel cancer in New Zealand, the influence of intensive dairy farming on human health is under the spotlight for its role in the issue.

University of Otago, Wellington, senior research fellow Tim Chambers is among a team of researchers calling for long-term nitrate limits for drinking water, as well as a limit to cattle density and the use of synthetic fertilisers on farms.

Some areas never had the capacity to support dairy intensification and nitrogen loads, Dr Chambers said.

But farmers largely were doing what they had been told to do, and could feel trapped in a system where intensification was incentivised in the food system at a high level, he said.

The study he co-authored, overseen by Victoria and Otago Universities, uses overseas research including a Danish study that found a link with bowel cancer when nitrate levels were as low as 0.87mg per litre of water.

The researchers used official information requests to gather data from city and district councils throughout New Zealand, went to 130 private suppliers registered with the Ministry of Health, and gathered limited information on the water used by about 600,000 New Zealanders using a private bore, or rain water, as self-suppliers.

Those areas with the highest dairy intensification also had the highest nitrate concentrations in drinking water, which included areas in Southland and Otago, Dr Chambers said.

The researchers said they would protect the anonymity of the suppliers and would not speak in detail about the data they were provided, but at a district health board level, though not as high as Canterbury levels, the Southern District Health Board levels were "moderate".

City supplies were generally low but more concerning were the rural and unregistered supplies.

In the Southern DHB area, on an age-adjusted per capita basis, bowel cancer rates were the highest in the country.

"Those are the five major risk factors for colorectal (bowel) cancer that are known, and Southern, at a regional level, performs really well," Dr Chambers said.

"While that doesn’t say that nitrates is the reason why they’ve got higher rates of colorectal cancer, it does show that there is something else going on here."

In no way were the researchers saying their results proved nitrates were causing higher rates of colorectal cancer in the Southern DHB area, he said, but they were calling for more research into the issue, as the different cancer rates could not be easily explained by differences in key risk factors.

The low level of 0.87mg per litre of nitrate in water that was linked to cancer in the Danish study could be compared with New Zealand’s current maximum allowable value of 11.3mg per litre, in place to prevent infants from getting a disease that suffocated them from the inside out.

In extreme doses, the nitrate in water would bind to the haemoglobin and prevent oxygen from getting through the blood, causing blue baby syndrome.

More research was needed on the effect of lower doses of nitrates over a longer term, Dr Chambers said.

New Zealand’s new water regulator Taumata Arowai could require nitrate testing and compile nitrate levels in a national database that would enable researchers to look at the issue long-term.

"The only problem is that’s happening now, and not 20 years ago," he said.

The amount of nitrogen pollution emitted just by global livestock farming is more than the planet can cope with, prompting scientists to say we need to reduce meat and dairy consumption.
The emissions from livestock farming amount to about 65 teragrams (Tg) of nitrogen a year. That means meat and dairy production alone breaches the lower limit of the 62 to 82 Tg a year considered to be the “planetary boundary” for nitrogen emissions, or the safe global level beyond which humanity’s future prosperity is endangered.

Too many people, simple as that. Humans are the greatest risk to everything on the planet and the climate that controls the behaviour of the planet. Yet we celebrate every new born baby. My words may indeed sound harsh and some may see them as insensitive. We can't just keep increasing the population folks........the planet and the climate have become acutely sensitive to our population growth. Time to look to ourselves, we are the problem.